Banning the Use of Mobile Phones In Motor Vehicles in Australia

Introduction to the Australian Automobile Association

Established in 1924, the Australian Automotive Association strives to represent Australian motorists at the national and international level. It coordinates and oversees the activities of its constituent motoring clubs and is also known as Australian motoring’s ‘official voice.’ It has been influential in shaping public policy and is recognised to more than 6.3 million members in Australia for its high-quality programmes and benefits. It researches to examine the real situation on an ongoing basis and to represent the views of motorists across Australia. AAA is part of the Federation Internationale de l’Automobile (FIA) and the Alliance Internationale de Tourisme (AIT), representing more than 100 million people in approximately 120 countries. It also supports several national and international initiatives to promote driver and road safety, environmental protection and sustainable mobility, such as ANCAP, Australia’s best vehicles, etc. 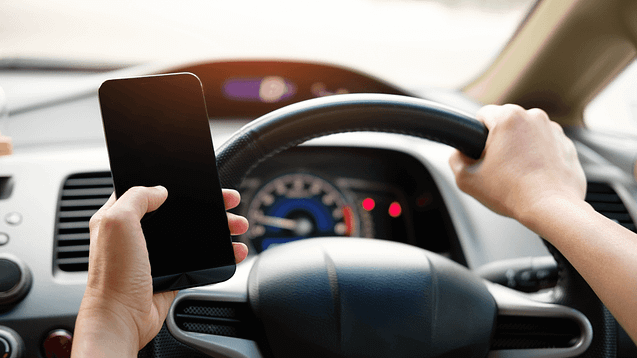 Banning the Use of Mobile Phones in Motor Vehicles

Concerns about the use of cell phones while driving were discussed in this submission to provide a safe solution to the framework for safer drivers and a safer climate. AAA opposes the campaign for the introduction of a strict regulation with a complete restriction on the use of cell phones in cars. Mobile phones, first of all, are a necessary form of communication. It is not easy to ignore the distractions caused by cell phones, but there are also several advantages. In emergencies, it offers valuable security and aid.

Moreover, it is almost difficult to discourage people from using mobile telephones in cars in this rapidly growing country. Approximately 50,000 drivers were fined more than $11 million for texting, calling, and receiving their phones between 2009 and 2010, according to a study. Therefore, other road safety approaches, such as the implementation of driver education systems, systematic evaluation of risk levels for safety enhancement, should be pursued by the government.

Day by day, the debate about the effects of cell phones while driving and their relation to the increased risk of accidents is growing. Due to developments in the telecommunications industry, special attention has been given to the use of mobile phones in recent years. This has given rise to concerns about the possible effect of cell phones and their role in the risk of collisions. While mobile devices are involved in many safety problems, the implied benefits are also present. Through-responsiveness to its customers and other coworkers, it will improve the employee’s efficiency and effectiveness. If a person gets lost, a cell phone with GPS ( Global Positioning System) will save a lot of time. Nevertheless, studies have mostly shown the detrimental effects of using cell phones as a secondary activity when driving. In Australia, an average of 1,700 people die per year on Australian highways, and since 1999, the ban on hand-held cell phones has been implemented.

Analysis of the Issue

Although driving is a very complicated task, drivers are usually engaged in many other activities such as talking on the phone or with the passengers, listening to radio etc. According to the research by the National Highway Traffic Safety Administration (NHTSA), driver inattention contributes to about 25 per cent of police-reported crashes. However, as more wireless communication, entertainment and driver assistance systems proliferate the vehicle market, it is probable that the rate of distraction-related crashes will escalate (Stutts et al., 2001). The level of risk and danger involved in the use of mobile phones in vehicles cannot be denied. Many studies have found that using a mobile phone while driving poses a risk of being in a collision by more than four times. It has been suggested that both the physical and mental distraction due to the use of mobile phones while driving significantly affects and impairs the driver’s visual search pattern, decision making and speed maintenance ability, reaction times etc. But the most crucial aspect of being understood is that there are many other forms of distractions apart from cell phones such as the things outside the car, adjusting the radio, vehicle controls, eating, drinking etc. The policymakers have only viewed one side of the prohibitions of mobile phones in vehicles such as the reduction in property loss, injuries and fatalities. The convenience of using these devices is not considered. This implies that quantifying the costs and benefits of this issue is complicated and should involve several inputs including the extent to which the use of mobile phone increases the chances of a road crash, the amount of time used by the drivers to operate the mobile devices and the incremental value of making calls while driving. All these elements should be taken into account to determine the positive or negative impact of mobile phones. Two prominent studies regarding the use of mobile phones in motor vehicles have suggested that the practise should not be banned. The government plans to cut the road crashes by 30 per cent by 2020, and this proposal for banning mobile phones is a part of it. However, the Swedish government vision of ‘zero death’ is more vital than Australia’s concept of ‘“Safe roads, safe speeds, safe vehicles and safe people”. According to Broberg, the senior safety advisor from Sweden says that hands-free mobile phone was too big a distraction in the car was not valid. “Passengers are also a distraction in the car, so what do we do, ban them too?”.

Similarly, the Insurance Institute for Highway Safety said: “Focusing on mobile phones isn’t the same as focusing on distracted driving. Distraction is what has always caused car crashes,s and mobile phones don’t appear to be adding to that.” The National Highway Traffic Safety Administered has shown that about 31.44% of road crashes are related to speeding problems. Thus, the evidence demonstrates that the mobile phone ban is a result of the misguided judgment. It is the negligence of the driver that causes accidents, and these instruments should not be blamed alone.

Here are a few recommendations based on the above analysis for the Government of Australia:

This submission concludes the fact that there are many sources of distraction that one has to drive with and the most dangerous of those include manual and visual distractions. The use of mobile phones is a tricky issue, but the government should strive to create a skilled driving culture. They should educate and promote good behaviour. People should take the driving task more seriously, and the personal responsibility of every citizen can play a vital role in this regard. This world is loaded with ‘social’ enabling technology, and it is tough to implement such strict bans. This suggests that the long term answers to the dangers of distraction are education and training, and effective policy and the people itself.