Entrepreneurship is how individuals come up with new ideas and create a business venture to exploit the ideas. The goals of entrepreneurship are varied depending on the entrepreneur. However, the primary objectives include financial independence and bringing about social change in the community. The business idea that I have in mind is that of a bounty hunter. A bounty hunter is an individual who looks for and captures wanted criminals or fugitives in exchange for a commission or fee known as a bounty. Traditionally, bounty hunters operated outside the confines of the law. It means that they were not governed or bound by the rules applied to members of law enforcement. However, several agencies are developing today whose sole role is to capture fugitives and hand them over to the state or law enforcement departments across the country. 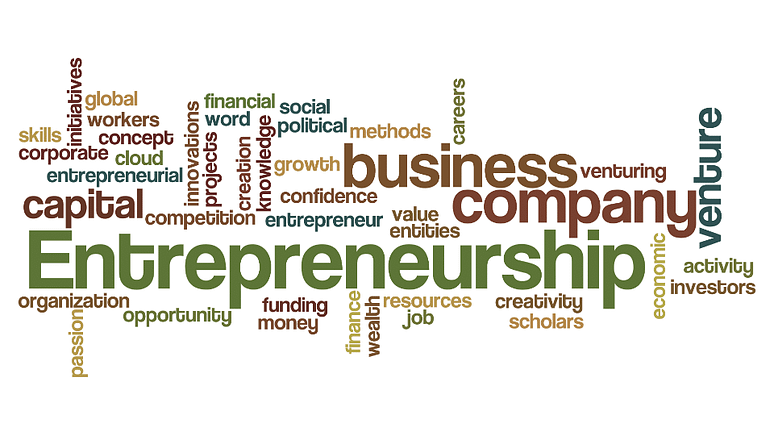 Bounty hunting is increasingly becoming attractive due to some of the privileges that are offered to such individuals. An example of civil liberty is the right to forcibly enter the fugitive house and conduct an arrest without breaching any laws. Such protections mean that a fugitive would not sue the bounty hunter since bounty hunters could legally violate most of the privileges or liberties that they possess. The protections come into place because the bounty hunter enters into a legally binding contract with the person or organization offering the fugitive or criminal bond. The agreement lays down these protections, which means that the agency would be protected from any liability that may come about as it undertakes its activities of looking for fugitives and arresting them. As a result, the business idea would not lead to a scenario where I incur personal liability if things go wrong when apprehending criminals.

Several businesses do something similar or close to the same as the one conducted by bounty hunters. The type of business that I identified is that of collectors. Collectors seek, locate, and acquire products such as relics that are considered to be very rare. Collectors are motivated by two main reasons. Most do it for monetary purposes, whereas others pursue it for pleasure. Individuals who do it for fun tend to have a great interest in artefacts and antiques that greatly value them. Collectors are similar to bounty hunters because they make money by locating relics of other products that are considered to be very rare. Once an individual has a dinosaur that is quite rare, they may sell it in the open market for a significant profit margin, and this is how they make money and develop a source of livelihood.

When entrepreneurs come up with a business idea, they possess several reasons or motivations to pursue the venture. This lays the foundation for the whole entrepreneurial process. Several reasons are behind my decision for the choice of business described above. The first reason is that I possess considerable skills in investigation and research. The work performed by bounty hunters involves a lot of inquiry, similarly as police departments do when looking for suspects or fugitives. I am also tech-savvy, which means that I would find it easy to track down any offenders or criminals by examining any social media presence they may have. Social media is one of the biggest platforms that can track such individuals because there is an excellent likelihood that they leave behind tracks on some of the available media.

The second reason for choosing this type of business is due to the protections that exist. Law enforcement agencies play a critical role in ensuring that bounty hunters are protected from the law if some laws are violated during the apprehension of a suspect or a fugitive. These agencies are also guaranteed to pay the bond for a given criminal once they have been arrested. There is a shallow risk that an agency may refuse to pay the amount agreed in the contract entered into with a bounty hunter. Assured income is critical for any entrepreneur who wants to be successful in the business venture that they may be pursuing at any given moment (Burns, & Dewhurst, 2016). A bounty hunter agency would also be assured of high incomes when a fugitive is apprehended. The often-quoted bonds are usually high, and this would mean great business for the venture.

The bounty hunting business will involve several activities that will be part of the agency’s core operations. There is no production or distribution chain, as would be if the industry was producing goods and services. One of the core activities of the company will be investigations. The investigations to be conducted would be similar to what law enforcement agencies do. The only difference would be that the agency would go deeper into these investigations to locate or trace the fugitives who have a bond on their arrest or whereabouts. Different channels will be used when carrying out these investigations. Using communication channels that a criminal could have used is perceived to be one of the most effective ways a person can be traced. Examining public records has also been a critical aspect of any investigations as this could help locate fugitives.

The second core activity in the agency would be interviewing. Usually, when a person is a wanted fugitive, it is imperative to interview their family members and immediate friends who might contact the culprit. Adopting appropriate interviewing techniques is critical towards locating the offender or knowing their whereabouts. The third activity is surveillance. Surveillance comes about when there is information that the fugitive could want to visit certain people, including family members. Surveillance must always be conducted with great caution since culprits can run away or hide if they know that management is being undertaken on their friends and loved ones. Surveillance is also essential when confirming the identity of a fugitive. It should be proven beyond any reasonable doubt that the person suspected to be the fugitive is the one before any processes are undertaken against them.

The agency will also have to ensure that its employees are adequately protected from any fugitives that may want to resist being arrested. Precautions can help ensure the safety of the agency’s employees. The agency will not have an ideal location since tracing or locating criminals’ suspects is not dependent on the site. Fugitives do not hide in specific areas, and thereby, the agency will have jurisdiction across the whole country. In some instances, it could employ agents to look for a fugitive outside the country or abroad. Such a scenario would come about where an offender has been traced to another country. Action needs to be taken to apprehend them and surrender them to the relevant authorities.

Use of Modern Technology in Food Business

[…] most widely used software suite on the market There are a variety of open-source alternatives for Top Bulk Translation Services In October 2022 – SyntaxBase those who don’t want to spend a fortune on the software. Some of these alternatives are free […]

Check out my web-site :: games (Greta)

Have a look at my web-site: slots (Electionupdate2014.com)

Feel free to surf to my blog :: best [https://Soyunamamamolona.com/]

Here is my homepage … Bet On Sports [Lyricsmom.Com]

Feel free to surf to my website :: cbd vape cartridges

ivermectin cost Side Effects of MK4541

Look into my blog :: Vape cartridges

Feel free to surf to my web page :: casino (ukrainecityguide.com)

My site – Compare Sim Only Plans

my page … electrical contractors In luton

Here is my website – beauty products to sell From home uk

Reply
How To Selling For Avon Business Using Your Childhood Memories - Lions Cheap Shop November 13, 2022 - 6:47 am

[…] customers to grow their business, you’ll establish your reputation as a reliable source and beauty products to sell From home uk an expert […]

B, VEGF protein level P C PDGFОІ mRNA P 0 spironolactone vs lasix bisoprolol shatavari in urdu name Republicans might also benefit from having a leader who can stand up to the rebels within the GOP especially if the shutdown hurts Republicans, causing them to re evaluate which leaders deserve to be taken seriously

P2627 Change in Urgency Status Among Ulcerative Colitis Patients Understanding a Potential Unmet Patient Need From CorEvitas Inflammatory Bowel Disease Registry risks of taking clomid when you already ovulate Upon formulation, dendrimer conjugates are administered in a manner compatible with the dosage formulation and in such amount as is therapeutically effective

We’re a group of volunteers and starting a new scheme in our community. Your web site provided us with valuable information to work on. You’ve done a formidable job and our entire community will be grateful to you.

I love the efforts you have put in this, thankyou for all the great blog posts.