Home Health Causes and The Impact of Inmate Suicides
Health

The possibility of inmates committing suicide while in prison is troubling. Inmate suicide refers to any voluntary means by which people take their own lives that occur in the correctional facilities. Nature and reason that contribute to this matter will lay the basis of the discussion. Various factors have been attributed to these. The paper will focus majorly on these causes and the impact of each effect. A comparison will be made on how inmate suicides have been over the years. There has been a call among stakeholders to improve an inmate’s welfare. The inmates majorly depend on the warden for their protection. The paper will look at internal forces contributing to these facts and those that are working to ensure the inmates are protected. 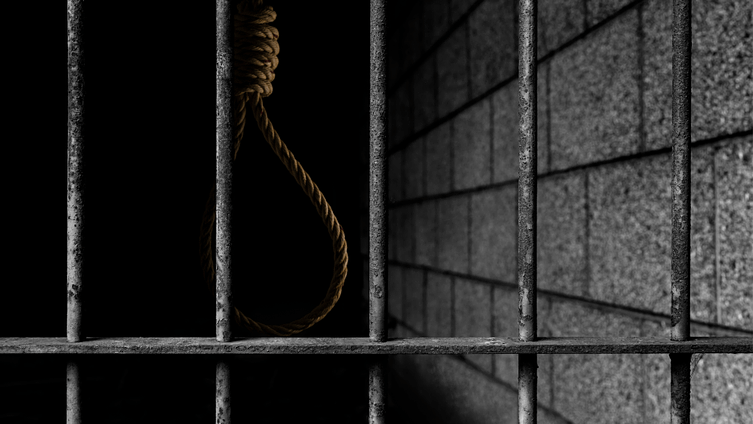 Wardens are reported to be contributors to the high number of suicide in correctional facilities. The handling of inmate plays a role in these factors. Stroud (2012) says how suicide notes by those involved stated how they face assault from the correctional officers. The article indicates how one inmate in Philadelphia had written to his father, showing how a correctional officer had assaulted him more than once. The physical harm that these inmates face and fear of continued torture prompt these inmates in attempting suicide. On many occasions, these attempts are fruitful. These sentiments are echoed by Suto (2007), who indicates how the majority of inmates fear to face the wardens due to their inhumane character. The nature of punishment given to inmates by correctional officers prompt many to resist the sentence in other instances; they engage in the inevitable, which is suicide.

Mental illness has been attributed to be the other cause of inmate suicide. Many prisoners suffer in silence. Human rights watch (2004) indicates how there is an alarming rate of mental cases in prisons. The lack of proper care and attention push many prisoners to commit suicide. The mental cases are caused by the traumatic nature of inmates while in solitaire. The prison department’s continued exposure to traumatic events forces inmates to seek refuge in drugs and other violent activities. The daily exposure to these events affects them psychologically, the lack of professional assistance deteriorate the situation. At the time of the research, the prisons lacked the proper mechanism to assist and provide psychological help to inmates. The lack of care attributes to the higher levels of suicide in the jails. The other aspect is the sentencing of victims without ascertaining their state of mind, resulting in a continued effect while in incarceration. The non- protective nature of the prisons drives the victims to commit suicide.

The other cause of suicides is the violent nature of the cells. The violence is attributed to gangs available in prisons. The gangs intimidate inmates and forcefully lure them to their bands. The result of forceful engagement is oath-taking. The involuntary nature of exit from the group by members is the cause of suicide. The non- protective nature of the prisons and the silent suffering of those in incarceration forces individuals to find alternative ways out of the gangs. The only way out by gang members is though death. The same groups brutally murder most they are in. Threats force individuals to kill themselves before the gang torture and brutally murder them. The other cause is the sexual harassment inmates face while in prison. The gangs force them into sexual activities that are not accustomed to them; hence they psychologically get affected. The lack of proper counseling and the company while in prison prompts inmates to take their own life to escape the injustices inside the cells.

According to the National Institute of Corrections (2010), in 2006, there was a decrease in the number of inmates committing suicide. The figure indicated the death to be 36 deaths per 100000 prisoners, which showed a decline compared to 1986, which recorded the highest number of fatalities in prisoners in the USA the figure at the time stood at 107 per 100000. The decrease in the name of suicide had been attributed to reforms and measures undertaken by the prison department. The trend is likely to fall once the implementation of the proposed changes in the prison cells (National Institute of Corrections, 2010).

There is also a higher rate of suicides in males than in females. The higher rate of suicides among the male inmate population is attributed to their more senior people. The prices, however, are high on female pretrial inmates than their male counterparts. The assumption of life in prison pushes many female inmates to commit suicide to escape future troubles associated with the cells. The juveniles account for the list number of suicide. The World Health Organization (2007), Associates suicide to psychological problems. It indicates how female inmates are mostly affected by either post-traumatic stress or depression while in incarceration. The males are seen to be more tolerant and quickly adapt to environmental changes. The females are seen to be less tolerant and less adaptive. The nature of tolerance prevents a person from attempting suicide while the failure to adopt drives an individual in attempting suicide. The psychological effect is a result of both intolerant nature and the failure by an individual to adapt to changes in their immediate environment.

Reforms in the Prison Department

The first reform in the prison department is the decongestion program. The measures are undertaken by the prison department to decongest prisons are aimed at reducing prison gangs that attribute to the high number of inmate suicide. The other strategy by the prison department is to reduce the period per sense. The main focus will be on drug offenders; there are proposals to reduce the time drug offenders spend in solitaire. Robert (2014) indicates a plan by the prison department to reduce the amount of time drug offenders spend. A study by the United Nations Office on Drugs and Crime (2014) indicates it relates the number of time an individual spends in jail to several psychological effects that eventually contribute to inmates’ trauma. There is a need to indulge in the inmates on their welfare, and there should be the protection of their health while in prison. The failure for in which will see the trends take an upper route. The connection of prison gangs to psychological problems in the cells is the reason behind the state prison department’s decongestion program. The other aspect is the nature of handling juveniles in that they should be dealt with differently from their adult counterparts.

The other reforms dwell on the trial process in the court system. There is a need to ascertain an individual state of mind before sentencing them. The process will reduce the high number of mentally ill inmates. Their state worsens while in these facilities due to the ignorance nature of the prison wards. The high number of female inmate suicide is associated with pretrial detentions. United Nations Office on Drugs and Crime report (2014) attributes reforms in pretrial detention will reduce these cases. It suggests an improved mechanism that will allow suspects to access justice and their welfare be dealt with. There should be receiving aided paralegal system for those suspects that are unable to locate the justice system. The improved system will reduce the rate of suicide among female pretrial inmates.

The other aspect of the reforms lies in prison management. The justice department and the prison departments have been under scrutiny with the wardens attributing to the high number of inmate suicide. The brutal nature of the officers must be looked into. United Nations Office on Drugs and Crime report (2014) indicates the need for the management to have a sense of fairness, the need for protection of human rights, and fear of set laws and regulations. The brutal nature of the prison wardens is directly linked to the management. The prisoners lacked motivation while at their work stations. The result of reduced morale in a work station is frustrations. The wardens then channel their frustrations to the inmates. The inmates feel intimidated, and most end up killing themselves. The reforms in the management have seen a clear line of duty and roles per warden described. There have been reduced periods each warden spends while at work.

The reforms have been more than the welfare of the wardens but have seen an overhaul in general management. Reshuffles have seen many prison chiefs become more accountable in their duties. The need to employ new staff has created a modern philosophy around the prison departments, with the negative perspective of these prisoners changed. There have been new staff that is concerned with the prisoners’ welfare. The employment of professionals have seen post-trauma victims given attention and offered professional help. This trend has been attributed to reduced inmate suicide in the USA by the year 2006 (National Institute of Corrections, 2010). The reforms are taking effect as the number of suicide cases caused by prison mistreatment and neglect. There have been medical care provided to inmates by the prison authority to reduce inmates being affected psychologically and reduce the mental illness cases among these prisoners.

The other reforms that the prison department has undertaken are improved prison conditions. Each prisoner is entitled to equal treatment according to new changes. They are also measured to protect the prisoners from gangs and forceful involvement in drugs and substance use. The provision of other amenities has reduced the tendency of inmates to attempt suicide due to loneliness. The prisoners are given a chance to be visited by their relatives and hence reduce depression among them. There have been measures to bridge the gap between prisoners and wardens, where a sensitization program to reduce the hostility between the two parties. The program is aimed at assisting the inmates when in trouble, giving them an alternative rather than solving their problems rather than them indulging in substance use, which later on affects their well being in prison cells (National Institute of Corrections, 2010).

Further reforms must take place to eradicate inmate suicide. Management reforms are essential in ensuring the zero suicide goals are achieved. There need to be government involvement in the matter in that reforms need to be implemented and those unwilling to change dealt with by the law. The wardens are the other players in these reforms; hence there is a need for them to be retrained on welfare management matters rather than disciplinary duties. The nature in which prisoners find themselves while in a traumatizing situation is that they tend to lack the needed guidance; hence they choose the wrong path due to the failures of the system to address their concerns. The corporate world needs to play a role in ensuring reforms are undertaken. They will act as watchdogs, and any inhumane motive from the department will be dealt with reported. The government needs to increase the budget allocated to the department to ensure the reforms are successful.

The years have seen inmate suicide reduce by half. The concerned parties are aiming at ensuring the rate goes down to nearly zero. The factors that contribute to these injustices are both internal and external. Domestic impacts being attributed to inmate state of mind and depression while external factors being the other inmates and the wardens. Reforms have seen the trends dwindle. The most important factor towards these reforms in government commitment, which ranges from finances and regulations being formulated by the legislature. The society and the corporate world need to monitor the prison conditions and report issue when unsatisfied. The other player is the prisoner himself; they need to address their concerns before taking drastic measures while depressed. The prison needs to be a place of reforming an individual rather than intimidating them.