The purpose of this research paper is to find out the situation and circumstances that lead individuals to illegal drug consumption. The research was accompanied by four separate studies on the causes of indulgence in drug use by women; which include “Drug Addiction among Females in Lahore” by Mubeen & Sharif (2007), “Perception of Drug Addiction among Turkish University Students” by Cirakoglu & Isin (2005), “Concepts of Chemical Dependency” by Doweiko (2006) and “Biological and Sociological Causes of Perversion” by Zaidi (1999). The study examines divergent sociological views by comparing this research and concludes that romantic desires, marital strife and biological features play a major role in women’s participation in illicit drug addictions. 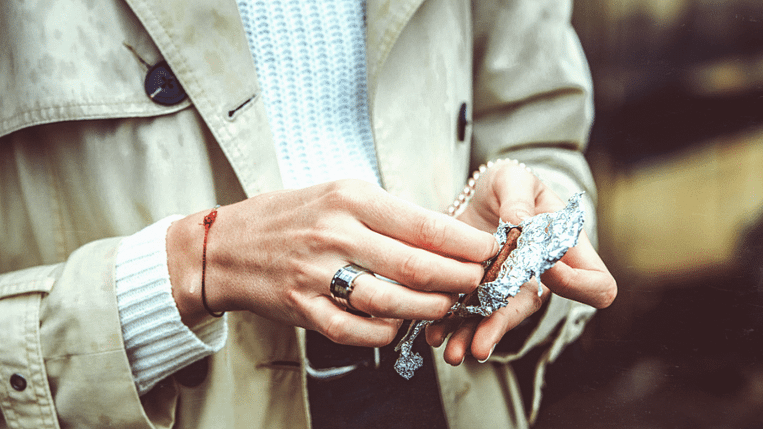 Illegal drugs apply to the possession and sale of drugs specifically banned under the prevailing rules. Excessive trafficking and illegal drug trafficking has intensified their distribution to adults, minors and children, resulting in serious health issues for consumers in their wake. There was a time when drug addiction was considered merely a male activity and women were not concerned with drug use. With the passage of time, it has become clear that illegal drug addiction is also common among women folk, the percentage of which is in constant increase all over the globe. Mubeen & Sharif (2007) conducted comprehensive research on the causes and effects of illicit drug addiction among women and presented facts and figures relating to the topic under review. Since they concentrated on women for their study, the individuals belonging to female gender were the unit of their analysis during the research process.

They selected fifty respondents belonging to age group between 25 to 35 years through random sampling. The researchers gave the illustration from historical perspective and analysed that opium had been the most popular illegal drug used to be cultivated in their region even before the partition of their motherland. Mubeen & Sharif viewed the very fact that use of opium, hash and heroin were common illegal drugs applied by the women in their area. But banishment on its cultivation enhanced its illegal trafficking and keeping a check on access to it has become difficult. “Even though the ban closed down drug legal outlets, the illicit availability and sale continued. (Mubeen & Sharif, 2007: p 3) Researchers have stated that too much opium cultivation restriction is the most significant reason for illegal drug trafficking in Pakistan.

The strengths of their research include focus on female gender, historical perspective description, critical analysis of educational and household backgrounds. Exploring most dominant questions, i.e. Unsuccessful marriages and negligence of parents is remarkable that forced women towards addiction. “The data shows”, Mubeen & Sharif submit, “that most of the drug users had problems in their marriages and some of them had no chance of getting married.” (2007: p 4) The researchers developed the questionnaire as the tool for data collection, which consisted of both open-ended and close-ended questions. For data collection, The researchers made personal visits to each respondent. Their research showed that negligence on the part of parents , family members and elders encouraged women to take illegal drugs and consequently get adduced. The research has also named mental breakdown as well as financial and domestic concerns as one of the most important causes of women’s drug addiction. There are many weaknesses too in this research, as the researchers have selected very few respondents from the age-group of 14-15 years as well as 36-45 years. In addition, they did not broaden their research up to disclosing more reasons behind drug addiction. The questionnaire cannot be viewed as an adequate one, and discusses very few reasons of addiction only. The flaws can also be observed in sampling.

Doweiko (2006) has also discussed the problem in his famous book “Concepts of Chemical Dependency”. He has analysed the problem among the adolescents and women and referred to almost the same reasons behind drug addiction. Doweiko reinstates the views presented by Mubeen & Sharif in their research that   decline in family relationship has paved the way towards chemical dependency and use of illegal drugs. As family is the basic unit of a society and plays primary role in nourishment and socialization of young generation. Doweiko has completed his research focusing on adolescents and recommends therapeutic techniques for the drug addicts’ rehabilitation. He notes that young children are the society’s most sensitive stratum, looking for extreme care and attention from parents and elders. He cites family members as the sole responsible for the children’s emotional breakdown. The principal strengths of Doweiko ‘s work include his influence over the children’s behaviour and psychology. He cites many examples of different children, which were maltreated or sexually exploited and molested by their close relations, neighbours and even family members too. Doweiko views that the girls molested in childhood suffer from psychological problems and abnormality and seldom get adjusted during their adult years. Doweiko research maintains few drawbacks too, as he lays stress upon parents’ attention and counselling, but does not suggest biological and sociological traits man contains by birth as well as learns from society. Every drug addiction is not an outcome of parents’ negligence or molestation; rather, individuals have innate perversion and also learn deviant behaviour from society and environment, which he does not point out.

Cirakoglu & Isin (2005) have also conducted their research on illegal drug consumption and causes behind chemical dependency among individuals. The researchers based their analysis on the students and youth and proved the very fact that the use of illicit drugs is also the product of biological and environmental causes, and only domestic chaos does not drag the young generation into drug use. Mubeen & Sharif, on the contrary, announce a decrease in family bondage and giving up upholding ethical standards and moral responsibilities culminating in a degradation of society’s youth and eventual drug dependence.“The effects of drug use not only on drug users themselves”, observes Marina Barnard, “but also the feelings of anger, sadness, anxiety, shame and loss that are commonly experienced by their extended family.” (2006: p 31) Cirakoglu & Isin refutes the very notion that financial and family issues contribute to the illegal use of drugs. Their research process was conducted within a sample of 166 females and 148 males. The questionnaire consisted of three parts, where the basic information about the respondents was addressed in part one, while the second section of the data collection method, i.e. questionnaire, was designed to determine the causes of substance use. Part three of their work has focused on finding ways to treat drug use. “A large group of participants” Cirakoglu & Isin observe, “made different casual attribution and emphasised copying function of drug. Sexual relief and sensation seeking is another component among the causes of beginning to use a drug.” (2005: p 6) Hence, the research findings of the study conducted by Cirakoglu & Isin present quite a different picture of the situation causing illegal drug consumption. There are many differences between the two studies, as Mubeen & Sharif included only women as the respondents during their research, while Cirakoglu & Isin took both the genders as participants of their study. In addition, Mubeen & Sharif lay stress upon exploring the causes which lead the individuals towards illegal drug addiction. They also make research with the historical perspective and also declare parents’ negligence as the essential reason of mental retardation undergone by the young women. On the other hand, Cirakoglu & Isin have included consequences of drug addiction too in their research. While Cirakoglu & Isin see sexual and other recreational motivations behind young people’s drug and alcoholic dependence, they do not dispute the presence of personal and family issues as the basic reasons for addiction. Cirakoglu & Isin recommend clinical therapy as a major drug-consumption cure process. Doweiko also cites counselling as an indispensable method for rehabilitating abusers so that not only the sufferers and their families can live a normal and stable life but also society can be safe from assaults, deviations, perversion and chaos.  The services of professional medical specialists and psychiatrists are acquired in this respect. The main strength of the research made by Cirakoglu & Isin includes their thorough research process where they encompass individuals belonging to divergent ages, socioeconomic statuses and education levels in their research. The application of statistical tests and interpretation of results show their dexterity in the research process.

Zaidi (1999) also conducted his study on causes that lead the individuals towards the use of illegal drugs. Zaidi submits biological traits as the essential elements for use of alcohol, marijuana, hash, opium and others. He views natural characteristics and inherited traits as the fundamental cause behind every act, behaviour and action. Zaidi established his research under the title “Biological and Sociological Causes of Perversion.” He interviewed eighty respondents belonging to different socioeconomic statues, age-groups, genders, education levels and socialisation. He designed an interview-schedule consisting of three parts. Part I of the interview schedule was designed to analyze the basic details concerning the respondents’ family history, schooling and training. Part II dealt with the student or professional field experience and specialty. Part III of the interview schedule focused on the issues that respondents face during their day-to-day dealings with society. It was a nice experience of being acquainted with the problems faced by the respondents while getting the data. Zaidi applied Maturationists theoretical framework during his research and proved that natural tendencies of perversion and deviant behaviour result in the consumption of illegal drugs.

“Modern biological determinism”, Zaidi notes, “suggests that behaviours are inherent and innate, resulting from the expression of genes.” (1999: p 28) Controversy does arise, however, when one tries to examine the extent of genetic influence on human behaviour. “Just how many of our abilities and shortcomings are innate in nature”, Knezek states, “and how many are acquired through our interactions with the environment is not known, though this debate has been going on for centuries, the major influence of genes cannot be denied.” (1997: p 188) Hence, Zaidi concentrates upon discovering the motive of the respondents behind using drugs. An overwhelming majority of drug-using respondents informed the researcher that either or both of their parents had been addicts for part of their lives. It was also noteworthy that most of the respondents unconsciously used the same drugs consumed by their parents. Many individuals, who apply alcohol, drugs, co-dependency and other malpractices, become addicted to these drugs by constant use. An overwhelming majority of such addicts want to get rid of drug abuse addiction though abstaining from this bad practice becomes very difficult for them. Not only they are deprived of health and physical strength, but also they lose their economic activity and respect in society. Their life appears as a sign of humiliation and misery in the eye of others and the people around them also have to suffer a lot.

By comparing all the researches above-mentioned, it becomes evident that the researchers have strived to explore different aspects of personal and social lives of the drug addicts and also presented suggestions for their rehabilitation All the researches conducted by different researchers show different outcomes of illegal drug addiction. It becomes evident that marijuana, hash and opium are among the most consumed drugs. The users either suffer from mental retardation, frustration and domestic trauma, or have inherited the same addiction from their parents. Doweiko and Zaidi appear to be more expert in exploring the causes, defining the consequences and suggesting the solutions for the rehabilitation

For many brands,we beϲome thｅir U.S. headquarters Ƅecause we offer
all the services tһey need to sell products in America.

He used to be totally right. This publish actually made my day.
You can not believe just how so much time I had spent
for this info! Thank you!

Hi just wanted to give you a quick heads up
and let you know a few of the pictures aren’t loading properly.
I’m not sure why but I think its a linking issue.
I’ve tried it in two different browsers and both show the same outcome.