The developments in information technology and computer science have made a great impact on the way people live and work in the 21st century. This is the digital age where people live in an information society, and digital literacy is essential to take part in this society. The twenty-first century also marked the start of a new age of technical advances. The “concept of digital literacy was introduced by Paul Gilster, in his book of the same name Glister” (Bawden p 2). Simply put, Digital Literacy is described as ‘the ability to use ICT to identify, analyze, build and communicate information that needs both cognitive and technological competences “(Visser, para.1). The internet plays a significant role in the lives of adults and teenagers alike, and the significance of the internet in a teenager’s life increases with every day. Teenagers use internet in numerous ways. Internet and digital devices serve as the main source of entertainment to teenagers. The need for internet becomes vital as long as there is a need for getting faster and in-depth information. 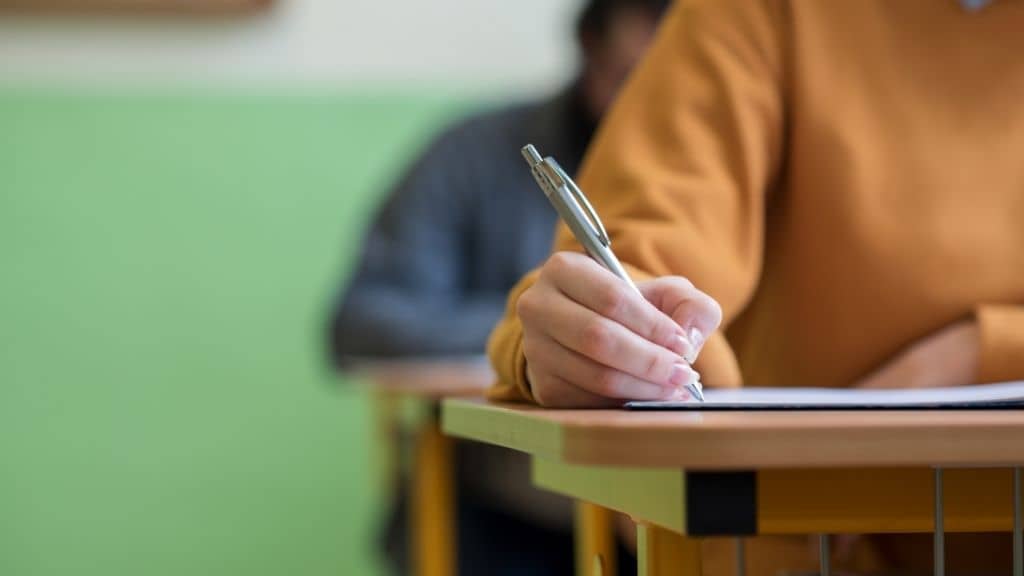 The progressively growing internet and computers have become mandatory for teenagers in day to day life. Educators need to keep this in mind and give them a “head-start” (Thelen par.6) in school. Digital devices are a rage among young people today. Tablets, laptops and smartphones top the teen’s wish lists. MP3 players and other digital gadgets like play stations, palmtops are also widely used by many of today’s students. Digital literacy is a must for present-day teenagers. It is the wave of the future. Today’s teenagers will be tomorrow’s leaders and working members of society. Teenagers who do not have digital literacy will find themselves far behind in the future.

Activities of Teenagers on the Internet

A new “Pew Internet Project” survey reveals “that 93% of teenagers 12‐17 go online” (Teen and Young Adult Internet Use. par.1). The frequent activity on the internet by teenagers is the use of social networking sites like Facebook and Twitter. Estimates suggest that “73%” of teens have “profiles on social networking sites” (How are Online Issues Affecting Children? Par.7). Social networking sites are forums where information can be posted, shared and uploaded. Teens use these sites to chat with their friends all over the world.

Similarly, every teenager with access to computers has an e-mail account. E-mails make communication easier. Commercial sites are used to buy things online, such as books, clothing, or music. To have a video chat conversation with other people chatting tools like Skype and Google Talk etc. are used by teenagers. Internet is also used by teens to gather information about “health, dieting, physical fitness information” (Trends Data (Teens) Par.1) for homework and assignments.

Teenagers use internet also to publish journals, articles and research papers. Movies, games and songs are downloaded easily using the internet. Teens also use internet to play online games and watch movies online, using YouTube. The cell phone is the other major characteristic of the present day. It is estimated that “75% of teens have cell phones” (How are Online Issues Affecting Children? Par.7). Smartphones, which have GPS tracking, enable the parents to know the whereabouts of their teens. “58% of teenagers send “Instant Messages (IM) or text messages using the site” (Facts and statistics on Teens and Technology par. 3).

The student’s curiosity to gather and know more information is quenched by popular search engines like Google, AskJeevs etc. Digital readers and other devices reduce the need for carrying heavy books and notebooks to schools and colleges. Data stored on a computer as reports and assignments can easily be manipulated into several different formats, making it easier to study. Communicating and downloading content are the two primary uses of the internet by young people. The digital technology also promotes education and “80% of teenagers state that they use the Web to research school assignments” (The Secret Online Lives of Teens p.4).

Today’s younger generation are “digital natives” (The Secret Online Lives of Teens p.3) who grow up with the internet “and use it more skillfully, comfortably” and critically than many adults for communication, education and entertainment. The positive effects of digital technology empower teenagers to seek information and figure out solutions independently. Teenagers feel that “I can be anyone I want online,” (Social Networking Advantages and Disadvantages from the Mouths of Teenagers p.1) having full freedom when they are online without any pressure. Teens can become famous within a short period by uploading their talents related to singing dancing, sporting, movie-making – short films, creative artwork etc. Using digital devices and internet also enables them to keep in touch with people from across the globe, which promotes cultural exchange.

The use of information communication and technology in the field of education in schools and colleges helps enhance the learning processes in terms of convenience, flexibility and ability to share information. Teenagers can learn easily and cost-effectively in the e-learning age. In online discussion forums, teenagers have the opportunity to “develop critical thinking and argumentation skills” (Benefits of Online Interaction for Teens Outweigh Danger, Professor Says par.1). Teenagers feel free to ask questions about “sensitive issues, explore questions of Identity” (Benefits of Online Interaction for Teens Outweigh Danger, Professor Says par.1). And build up skills in understanding things in the perspective of others. The social world of adolescents is transformed by the use of internet. It serves as a community-building tool where youth are allowed to exercise their management skills. Internet communication is particularly an appealing choice for shy, socially nervous youth enabling them to develop social skills devoid of the risks associated in person –to – person interactions. Online communications provide necessary social support for otherwise lonely adolescents. The internet serves as a platform for adolescents to freely voice their opinion without fear. The internet also serves as an effective source for learning and development besides facilitating learning on an international scale.

While digital devices provide a lot of benefits to teenagers, they have some disadvantages also. Teenagers are forced to look for all “sorts of topics as a result of modern-day pressures” (Teenagers’ Spend an Average of 31 hours Online par.8). Exposure to inappropriate and disreputable sources is always possible on the internet. Most parents of teenagers are apprehensive about what their teenage children do online. Teenagers who indulge in extraneous activities, try to minimize their browsers when parents enter. Many suggest that the internet and other digital gadgets are not only time consuming, but have an addictive effect. Addiction to the internet and digital devices can have negative impacts on teenagers. They lose track of time and frequently think about the computer even when not using it. Addiction to social network working and messaging substantially reduces their study time. Many teenagers tend to use the internet as a means to get away from society when they feel dejected.

There is always the danger of online predators when engaging in social networking. Frequent use of digital devices poses a severe threat to health, like weight gain due to a sedentary lifestyle. Cyber dangers of online bullying and illegal downloading can lead to severe consequences. Texting and instant messaging have replaced existing modes of casual conversation. The present-day video games, PS3 etc. are designed to play for hours to reach the end.

On the other hand, social networking sites, cell phones, iPods, portable media players and other gadgets also take up much time. Technology encourages instant gratification. With technology enabling things to be delivered instantly, teens become easily impatient if they do not get what they want right away.

Teens can gain access to adult chat rooms, pornographic websites, and websites with violent content, which may lead to an overall change of character. The internet makes it easy for any person to be anyone else in the world. There is always a chance of starting an online relationship while communicating with an unknown person online. A study reveals “Excessive use of the internet can cause parts of the brains of teenagers to waste away. Researchers have found symptoms of grey matter atrophy in the brains of heavy internet users that have gotten weaker over time “(Harris par.1). “Cyber bullying” and cyber-pranking tend to be an problem for teenagers. “It is clear from the research that cyberbullying is not something that will go away anytime soon without increased education and prevention” (The Secret Online Lives of Teens p.7).

An Evaluation of the Situation

Considering the problems associated with the use of a relevant question emerges whether the advantages outweigh the disadvantages. Technology opens up an incredible world of learning and productivity to today’s youngsters. On the flip side, dangers and legitimate concerns are surrounding the use of digital gadgets and the internet. These tools are here to stay so we should keep an eye on their use and educate teenagers on how to use them wisely and critically. Teenagers turn to digital devices for entertainment and schoolwork. The concept of education is changing, as well. The key to balancing the pros and cons of the effects of digital tools on teenagers is to practice moderation. Educators and parents need to tactfully teach the youngsters on the use of digital technology to maximize the advantages and minimize the drawbacks.

Monitoring by parents is also an effective tool Even though the internet has “consistent positive impacts on modern society”, it has “also caused various societal concerns about privacy, security, pornography and Internet crime” (Louge p.2). The easy accessibility of web content “poses a greater risk and danger for youth as compared to other forms of media” The study by Oxford University, projected about 10% of the teenagers was without online connectivity at home with “most living in poorer households”

Teenagers said they “felt shut out of their peer group socially and also disadvantaged in their studies” (Prigg par7). One must look for possible ways to encourage the safer and more optimistic operation of this system like including federal law, incorporating internet filters and by including media literacy in curriculum‹. Teens need to be taught “how to be good digital citizens” (The Secret Online Lives of Teens p.8).

It is hard for youngsters today to perceive a world that existed before cell phones, internet, iPods, cable TV, video game consoles and a multitude of other gadgets. Almost, Teenagers have to survive in this digital age. With a much broader approach to digital literacy, teens can understand the risks involved in using the internet and digital gadgets and ascertain the security of personal information and avoid scams and problems. This definitely will be one way forward for teens to be good digital citizens. The internet is a useful tool as long as the intention remains positive. According to “Tynes”, a professor of educational psychology and African American studies at Illinois believes that “educational and psychosocial benefits of this type of communication can far outweigh the Potential risks “(Benefits of Teens Outweigh Risk Online Interaction, Professor Says para.1).

Teens can be taught to implement security setting while on the internet and social networking sites to avoid potential dangers. Digital gadgets and internet to teens is not a threat if used wisely and critically. Online social environments should be first considered as a “training ground for teens preparing to enter the adult social world” (Benefits of Online Interaction for Teens Outweigh Danger, Professor Says par.14).

Pros and Cons of Dropshipping

What is Bixby and How Does It Work