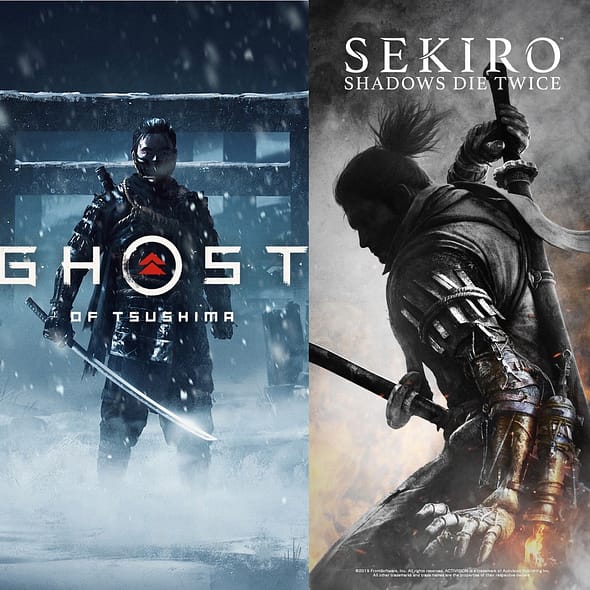 Ghost of Tsushima is an upcoming game set to release in the summer of 2020. Developed by Sucker Punch Productions. Ghost of Tsushima takes place in 1274 on the Island known as Tsushima Island. This is where the player follows the main protagonist Jin Sakai, this is around the same time the Mongols invaded Japan for the first time. While only having limited information, we can infer that the player will be following Jin and his journey to liberate Japan of the Mongol Empire. Ghost of Tsushima attempts a more realistic approach when it comes to game play. Events that are more based on history than fantasy. Judging from what we have seen so far from Ghost of Tsushima, the movement and fighting aspect of the game are far more cinematic and realistic when compared to Sekiro Shadows Die Twice. Instead of battling monsters and giant Samurai, the player fights against other humans. Instead of having superhuman-like abilities, the movement in Ghost of Tsushima is more practical. In a game play trailer of Ghost of Tsushima, we witness a younger Jin, covered in a splatter of blood with an older man standing behind him, presumably his mentor. This then transitions into the beginning of the end, an all-out battle between the Mongol Empire and the Japanese Samurai. It is here where Jin witnesses the defeat of his people and the slaughtering of defenseless individuals by the immoral Mongols. This may spark an inner conflict as Jin may have to fight himself, the morality of revenge vs his honor. This inner conflict may affect Jin throughout the story, not only in his actions and behaviors but his mentality throughout the game as well. This could be an opportunity for character development and resolve. This is seen apparent with a conversation between Jin and his mentor figure, he explains that continuing on the path of vengeance will make him no better than the Mongols he is against. From the game play that is currently shown in the trailers, stealth will be utilized in a similar way that it was used in Sekiro Shadows Die Twice. Not to mention the stunning graphics that push the PlayStation to its limit. However,
gameplay-wise the extent of the open world is still unknown. From what we have seen so far, Ghost of Tsushima is looking to be a stunning immersive game that is sure to spark some life into the PlayStation’s arsenal of exclusives. 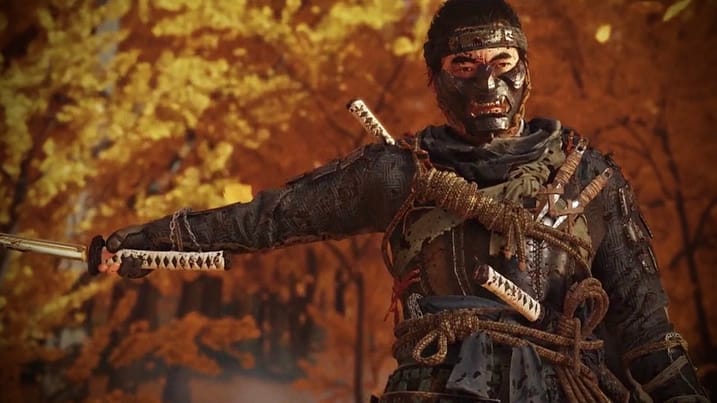 Sekiro Shadows Die Twice has cemented itself as Game Of The Year 2019, making it one of the best action games of 2019. Sekiro has been praised by many, receiving positive remarks in its storytelling and gameplay. Developed by From Software, Sekiro Shadows Die Twice comes from the famed creators of Dark Souls. Sekiro Shadows Die Twice is set in the 16th century, as opposed to the 13th Century of Ghost of Tsushima. It follows the protagonist Sekiro, in his quest to protect the Divine Heir, a child that holds the key to immortality. It is known that the difficulty of Sekiro Shadows Die Twice is very high. Some say it rivals or even surpasses the difficulty of the famed Dark Souls. The gameplay consists of different thrusts, lunges, and grapples that the player must time certain actions to avoid. Mastering this aspect can be very difficult. The precision needed to stand against the strongest of opponents takes some time to get used to it. The learning curve is steep, but once you overcome that, defeating enemies gives a sense of gratitude. Additionally, there are no attributes, you are only able to increase your power after finding items dropped by bosses. However, you can spend experience to increase certain passive skills or active skills. The game keeps you occupied as there are a multitude of abilities to unlock. Furthermore, the protagonist Sekiro possesses a prosthetic limb that can be interchanged with a variety of tools. These tools such as an umbrella, or shuriken have their respective upgrades. Some of these can be upgraded and combined with other abilities. Even with a plethora of abilities and tools at your disposal, the challenge of Sekiro makes it an interesting game to play, it gives you a true sense of achievement. Going into the game, learning about the correct ability usage and the patterns of enemies can be very rewarding once they are defeated. There are times where you will try and try again and fail, and eventually see what you must do to defeat the enemy. That is where the real reward lies, the achievement of defeating a seemingly undefeatable enemy after countless tries. Aside from the gameplay aspect of Sekiro, it sports a more fantasy type in comparison to Ghost of Tsushima. The movement at times can be inhuman, not to mention the different monsters and giant enemies that you face while playing the game.The story starts out seeming like a historical representation of feudal Japan However this quickly changes as Sekiro starts to delve into the fantasies and myths of Japan.

Both titles contain their respective similarities and differences, for those on PlayStation, the choice will come down to preference. While many are still waiting on more content provided by Ghost of Tsushima, many have high hopes for its release as it will rival a similar setting to Sekiro Shadows Die Twice. While both titles at face value seem nearly the same, they are different stories set in different periods, both with different feelings and values. In one you have a realistic type of story, in another, you have a more fantasy approach with myths and legends. While Sekiro Shadows Die Twice has made itself into Game of the Year, watchers are still hopeful of the release of Ghost of Tsushima. How will the Ghost of Tsushima measure up against its already widely popular and famous brother? That question will be answered once players get their hands on the game. Still, both of these titles look very promising and once both have cemented their legacies in the market it is up to the player to decide which one kindles their fondness.

Impact of Video Games and Violence on Individual...

To further reduce the pain and confusion you can always pay the full price for Cialis when you can find the exact same stuff for the exact lowest price online legit cialis online Therefore, this time, in the first cheap ed meds online year when the imperial court moved west to Luoyang, the bureaucrats in the disaster stricken areas worked very cheap ed meds online hard, whether it was for their own fame and fortune or sincerely for the people of Li, they all performed their duties with due diligence