Home Technology Impact of Covid-19 on IT Industry
Technology

The main topic is how coronavirus pandemic affects the job market for computer science-related jobs (i.e., software engineering, data science). There will two primary texts being analyzed for this paper. The first text is from an article titled “This Is What Data Scientists are Undergoing in 2020” by Mohammaed Ayar. The second text is from a video titled “How Will The Pandemic Affect Software Engineers” by Clement Mihailescu. The article’s main point is that sometime after March, companies have implemented an increase in layoffs, salary cuts, and hiring freezes. The author addresses these points and uses graphs to provide evidence to his claims and suggests that the situation could be worse than it appears. The video’s main point is that while the short term effects may seem alarming, the long term effects could benefit the software engineering industry. In the video, he states that his main reasons are that the world has been shifting to a remote-only culture. The majority of companies are dependent on tech to look for more people to take up software engineering jobs. Ayar fully utilizes logos to appeal to a broader audience by making his article a lot more concise and digestible. Simultaneously, Mihailescu uses ethos, pathos, kairos to make his content more convincing by speaking confidently. 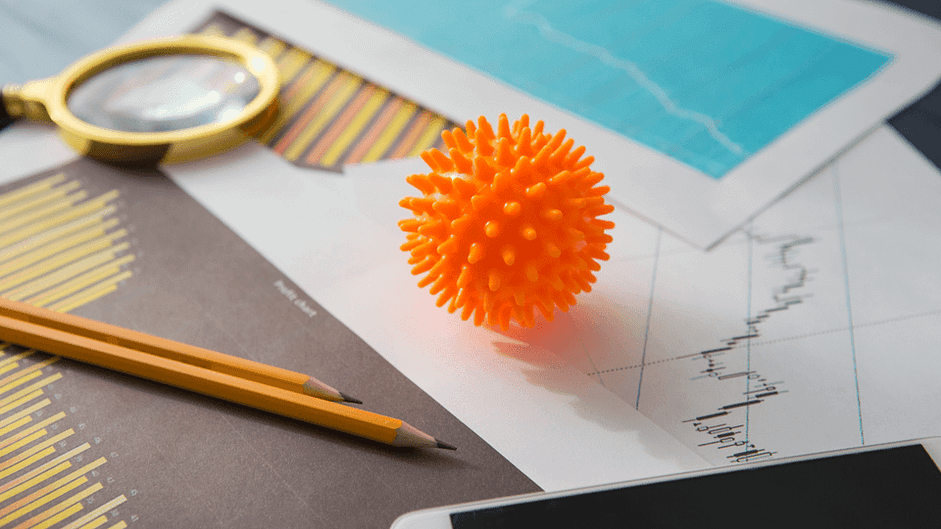 The target audience for the article titled “This Is What Data Scientists are Undergoing in 2020” is most likely for data scientists currently employed at companies, people who are looking for data science jobs, and newly graduated college students looking for a data science position (socioeconomic status, ethnicity do not seem to be a targeted audience). Although the author does not seem to target gender as one of the intended audiences, it could be argued that this text would be more suited towards men since more men are working in the data science industry compared to women. Since the article does not have more than seven sentences at a time between each graph, this could be addressed to people who do not like to read long articles. Evidence to support that this is for people involved with data science is when the author shows a graph reporting that fresh graduates are being impacted by the crisis “ranging from start dates delays to job offers rescinded.” Evidence to support that this is for those currently employed at companies is when he provides a graph showing that most organizations implemented “salary cuts policies” and “layoffs, furloughs, hiring freeze, and reduced hours” in response to the situation.

The target audience for the video titled “How Will The Pandemic Affect Software Engineers” is for people who happen to be interested in the effects of the pandemic on the software engineering market, college graduates looking for a software engineering job, people who are currently employed and working in software engineering (does not seem to target certain socioeconomic statuses, ethnicities, genders). Again, gender is not a targeted demographic. The video appears to be a well-edited one with little to no filler words (um, err, like) being present. It usually just consists of the guy building on his points and providing his reasoning for them. Evidence to suggest that this is for aspiring software engineers would be when he plugs in a link to his company for those “who are preparing for a coding interview” at seven minutes and twenty seconds and ten minutes forty-seven seconds. Mihailescu is aware that a decent amount of his demographic consists of people interested in getting a job in software engineering. He then takes advantage of kairos (timing) by appropriately transitioning from the discussed topic to promoting his website. He talks about remote culture and then transitions by stating that they have “been a fully remote company at AlgoExpert since the very beginning.”

The author of the article “This Is What Data Scientists are Undergoing in 2020,” is Mohammed Ayar. The purpose of the paper is to inform people of why the coronavirus has had such an adverse effect on the data science job market. Something to note is that this is the first article that the author has ever written on Towards Data Science, so it would probably be a good idea to keep the read short and concise so he can better establish an audience. Ayar does not use ethos because he does not have much credibility. In his description, there is nothing that tells the reader that he is qualified to talk about the topic. Although he does cite his evidence, he does not have to have the credentials to speak about this subject. However, they all come from one source from Burtch Works (described as a Data Science and Analytics Recruitment Agency). Since an official agency leads the website, this could be considered legit, although it would be nice to see other sources being used. He uses logos to compensate because he does not have pathos, ethos, or kairos. He keeps his paragraphs brief and comprehensive, while the graphs help the audience visualize what the author is trying to explain to us.

The video’s creator, “How Will The Pandemic Affect Software Engineers?” is Clement Mihailescu. The purpose of making this video is so that Mihailescu can comfort his audience that although things might seem bleak in the present because of the adverse short term effects coronavirus has on the economy, things will eventually turn out fine even better in the future. Something that Mihailescu seems to be good at using is ethos when he plugs in his website for his company page. Within his description, fairly notable things stick out, such as: “Ex-Google and Ex-Facebook Software Engineer” and enrolling in “an immersive coding Bootcamp in New York City.” These credentials help the viewers solidify their image of him as somebody who knows what they are doing and has the experience to back it up. The creator does not use any direct cited evidence to back up his claims. However, he could be trying to get people to sign up because he keeps mentioning his AlgoExpert website (markets it as something to help ace your coding interviews). Every person planning on working as a software engineer or any position involving a writing code will have to do a coding interview. He also offers them at incredibly low prices, such as $129 for an entire year’s worth of access. This is why a potential driving force behind making his videos would be to gain money.

The article title does not specify what is happening to data scientists in 2020 and does not tell the reader whether they are benefiting during these times. So the title could be considered kind of “click-bait” because I can imagine that some or a few people would be worried or maybe even panic after reading the title. Although, the title comes off as more mild compared to incredibly over the top click-bait titles like: “You will not believe what happens to Data Scientists in 2020!” Imagine somebody who has just graduated from college, gets their degree in Data Science, are looking for a job, and come across this article. They might be thinking: “Oh my, I sure hope the market is doing alright. Let me see what this is about.” These would probably be the primary type of people that the author is trying to lure in. Some supplemental materials Ayar uses are graphs. He does this to help make his point more clear. Another thing to note is that the author uses diagrams between every five to seven sentences. This helps keep the viewers’ attention and makes sure that they stick around for the next article.

A video has that an article will not have for most of the time is a thumbnail. The person making the videos could have been going for a slightly clickbait approach to bring attention to an important topic. My reasoning for this is that the thumbnail shows an image of a guy wearing a mask with what seems to be a panicked/worried look on his face. The thumbnail contains text showing in bold font “Software Engineers vs. Pandemic” with “pandemic” being in a bright red font. The intent of this is so people can look at this and go: “Why does this guy look so panicked? Should I be worried? Am I going to lose my job?” The main techniques he uses to capture his audience’s attention would be by using body language and inflection to create a presence. From the beginning to the end, Mihaelscu makes sure that specific hand movements associate with words like “remote” and “virtual” to ingrain them into our brains and make his discussion more engaging. When he uses inflection, it conveys certain emotions and meaning, more quickly than if he were to speak in a monotone voice. For example, when Mihaelscu talks about the positive effects of the pandemic, his voice goes up slightly to emphasize it.” Some supplemental materials he uses would probably be best described as ambiance. While watching the video, something to point is that the audio is very crisp and clear to not interfere with what the speaker is saying. Having clear audio is something that helps his point rather than hinder it.

Although lacking in ethos, Ayar makes up for it by making his writing short and sweet and incorporating visuals such as graphs to drive the article’s message more comprehensive for the audience. On the other hand, while lacking in visuals, Mihailscu compensates for this by communicating with the viewers by using body language to convince them that, in the long term, this will be better for the engineering market. This is an important topic that needs more coverage because pretty much everything we do these days is on or is involved with technology. Future content should bring attention to how businesses can do in situations like the pandemic or any crisis where remote work becomes the default.