This article analyzes the effect of football as a sport on the sport’s global socio-economic landscape and development from just a school game to such a point that it affects other countries ‘ economies and policies. This paper will demonstrate the transnational and cosmopolitan nature of the sport and explore three main domains of the football world, i.e. supporter subculture, journalism and politics, and economy.

There have been several traditional, ancient, and prehistoric ball games around the world, similar to present-day football. Modern-day football has its origin in Britain where the first league appeared in 1883. The ball itself has evolved from a pig’s bladder ball to hi-tech balls with impregnated microchips used to check if the ball has crossed the line of a goal. 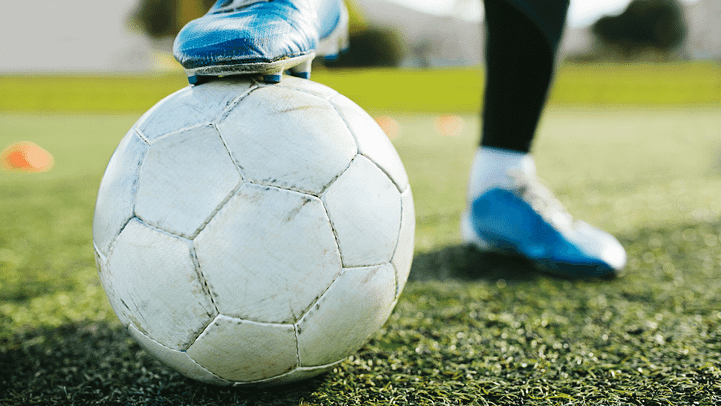 Sports have become a global phenomenon in modern days. Several literature works are available which attempt to relate a sport on a global scale with different social, political, economic, and environmental factors. Today all major sporting events are organized and watched on a global scale in a globalized world where communication technology has grown leap and bind. Sport’s impact on education and health is also global, as it affects political relations, national prestige and policies. Contrasts between sports have diminished across various communities, but there is an increasing diversity of sport cultures accessible to citizens of different nations (Maguire). Giulianotti systematically explores the main social facets of football: the identities of fans, the construction of stadiums, the market and television movement, professional football players and the variety of styles of play. Sport, especially football, constitutes one of globalization’s most dynamic, sociologically illuminating domains (Giulianotti and Robertson).

The pace at which football or soccer was spread has been truly incredible. It has successfully surmounted numerous obstacles of relentless marketing, skyrocketing player fees, and wages to emerge as the most popular game. It has survived player unfaithfulness, red-tapes in governance bodies and improper handling of game-involved business tycoons in all. The game is booming around the world despite various allegations of match fixings and other scandals. The explanation that football is driving such excitement across the globe can be many; first, it’s the game of the people with something for all. Everybody with any kind of physic, fat, lean or short and mental awareness can be involved quickly with the game. Second, it can be played anywhere and anytime. Third, it offers an unusual and unique excitement of close combat and exploratory forays. Soccer is closer to real life than other sports like basketball or handball.

Football as a Global Game

Football once just a hobby of the industrial working class of Europe has spread all over the world and has become the closest thing today to an expression of real global culture. It is played around the world from the UK to African countries. In Europe, South America, African and Asia Pacific countries football is not only a game, but often it represents the social, economic, political, and racial composition of the communities.

Picking out any part of the map where football is not played is a difficult task. Though only thirty to thirty-five teams may qualify for the world cup, it is watched all over the world. The fact of football as a global game can be ascertained from the fact that even national teams of many countries have players hired from other countries. For example, European leagues are touring African countries for their talent pool. In African countries, in particular Ghana and Nigeria, the departure of talented teenagers to European countries such as France and Belgium to play football have been a significant concern. Increased free circulation of players around the world in the last decade has highlighted the truly global nature of football.

Rich and most miserable of the developing countries are equally fascinated by football. Today news of Nigerian, Ghanaian or Egyptian players living in the Ukraine or Spain, Iranian women struggling against strict Muslim codes to attend matches, and the parallel worlds of Brazilian soccer and politics is typical, which truly represents the global nature of football.

FIFA’s efforts to popularize the game have also helped in the development of football as a global game. According to recent data available with FIFA about 265 million male and female players and five million referees, coaches and other officials are actively involved with the game around the world, which means about four per cent of the world’s population, is involved in football. The above figure supports the arguments made by the objective of this paper. According to FIFA President Joseph S. Blatter “If you count the relatives and close friends of active participants in football, who share in their passion for the game as fans and support them in other ways, the total number is even more impressive: well over a billion people worldwide are involved in football – at all levels of society and across all borders.”

The following table presenting a recent study FIFA tells it all.

In 1,000; the sum of rounded values does not always correspond with rounded total values proved statically. (Source: FIFA)

Football offers more significant monitory benefits to all those associated with it. For example, TV and new media rights for the 2006 Cup alone were sold for $1.5 billion, roughly the same amount fetched for the 2004 Summer Olympic Games in Athens. According to the Deloitte Annual Review of Football Finance, football leagues generate billions of revenue, for example, five top West European leagues in England, Germany, France, Italy and Spain had an estimated $8.2 billion in revenues in 2005-06.

The football World Cup tournaments are the most popular TV event that can be used to represent a globally known brand. These tournaments usher major economic reforms in the countries where they are hosted. According to a study by the German Chamber of Commerce, the World Cup will be creating new jobs over about 60,000 and give a real boost to Germany’s economic growth where the next world is scheduled.

This paper examined the globalization of football with the particular references of various FIFA surveys and literature works. It highlighted the emergence of football as a global game and supported the same by various statistical data available. The analysis firmly concludes the objective of this paper that football has become a global game in real senses. This paper assesses the impact of football as a sport on the global social, political, and economic structure.

The Social Impact of Drugs on the Community of Milwaukee City

cancun vacation specials
[url=https://www.cfd-online.com/Forums/members/hazelacify.html]where to stay in cancun for couples[/url]

naturally like your web-site but you have to check the spelling on several of your posts. Many of them are rife with spelling problems and I find it very troublesome to tell the truth nevertheless I’ll definitely come back again.