Mexico is widely acknowledged as being one of the world’s greatest oil reserves. Mexico’s energy market is extremely well-developed as a consequence of the country’s long history of oil exploration. Despite the fact that the country has a large skills base and significant oil reserves, energy resource output has been declining for many years. Experts, on the other hand, see new energy market liberalization measures as a fantastic chance for the nation to draw foreign direct investment and revive the natural gas and oil sectors. This research aims to provide a brief overview of the current stage of the natural gas industry in Mexico and analyze the potential effects of the private industry’s recent economic reforms. 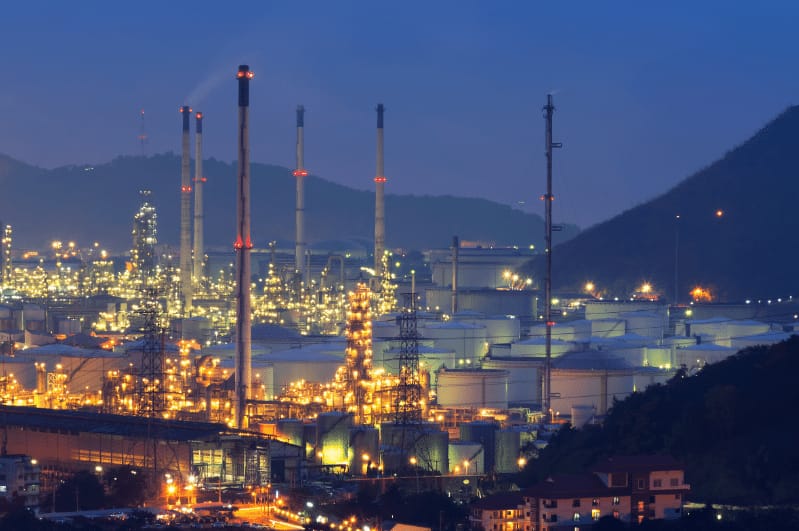 According to the EIA estimates, Mexico is one of the four leaders in shale gas reserves. By 2013 Mexico’s natural gas reserves have reached 488bn cubic metres (Mexico Oil & Gas Report, 2014). Even though the natural gas production in Mexico has grown almost by 50% since 2000, demand for this natural resource has increased significantly (by 80% since 2000) (Seelke et al., 2014). Natural gas in Mexico is mainly consumed for national electricity generation and oil operations support. Figure 1 visually illustrates that the increase of production scales still fails to satisfy natural gas’s current demand. According to the Congressional Research Service, Mexico’s gas reserves are on the decline and fail to meet local market because of underinvestment in exploring the natural gas resources. 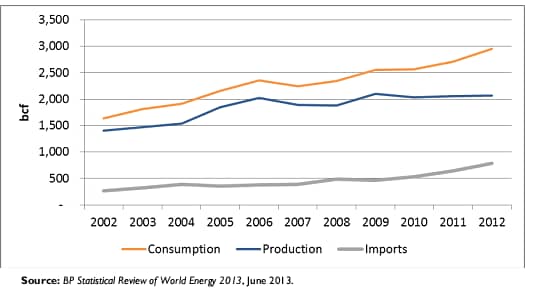 The experts believe that the natural gas reserves have potential for growth and forecast that it will reach 500 bn cubic metres by 2018 and 505 bn cubic metres by 2023 (Mexico Oil & Gas Report, 2014). Partially these positive forecasts are referred to the Pemex’s activities in relation to deepwater natural gas exploration, and, partially, as a result of the expected increase of private sector participation in the result of new energy reforms. Below is provided a more detailed overview of the recent Mexico’s energy reform.

Recent landmark energy reform passed by the Mexican government was aimed at liberalization of the energy sector in the country and attracting private investments (Protti-Alvarex, 2014). New reform will open the natural gas and oil sector to private investors allowing formation of a multi-tiered system with different types of contracts (Mexico Oil & Gas Report, 2014). Both national oil companies and international oil companies are allowed to sign profit-sharing contracts, production sharing contracts, licenses, or a mix of several terms/conditions. By having an opportunity for profit/production sharing contracts, foreign companies will be attracted to invest in the Mexican energy sector, as they will be granted a percentage of income or the percentage of the oil itself (Mexico Oil & Gas Report, 2014). Opportunity to work under the license agreements will also attract foreign companies as they will have rights for the extracted resources. Thus, new reform not only removes legal prohibitions to the private sector but also encourages private investment and activity (Mexico Oil & Gas Report, 2014).

Energy reform implemented by the Mexican government is expected to foster development and tap more of the Mexican energy resources (Protti-Alvarex, 2014). While some experts believe that it will take some time to revive the energy sector in Mexico, in the long-term perspective, these reforms should bring substantial positive impact on the overall oil and gas industry in Mexico (Protti-Alvarex, 2014; Mexico Oil & Gas Report, 2014). However, easy access and cheap prices of gas imported from the USA to Mexico might continue to be disincentivizing for the development of the natural gas sector in Mexico (Mexico Oil & Gas Report, 2014). Moreover, experts believe that Mexico will increase its import of the liquefied natural gas in order to generate electricity, for industrial use, and generation of other forms of energy (Protti-Alvarex, 2014).