In the USA, alcohol consumption is a social phenomenon, where friends, colleagues and even families get together, and consume alcohol on a daily basis. Seeing someone intoxicated shows us the definitive fact that alcohol has a detrimental impact on an individual ‘s health both physically and psychologically, and has been the cause for many deaths and injuries as well. This essay argues why alcohol consumption should be restricted or banned, the alcohol-related accidents, how alcohol physically affects a person and the psychological impact of alcohol (Fang, 2014).

Alcohol is a substance, which if used on a regular basis, can prove dangerous not only for the person consuming it, but also for the people around that person. According to an study carried out by the World Health Organization, the Global Status Report on Alcohol and Health states that 2.5 million die per year as a result of alcohol, million are hospitalized or suffer from a disease. The report also states that alcohol affects younger generations’ health, especially in developing countries, as there are less stringent laws than developed countries. Moreover, the percentage of 6.2% male deaths is less than female deaths by 1.1%. 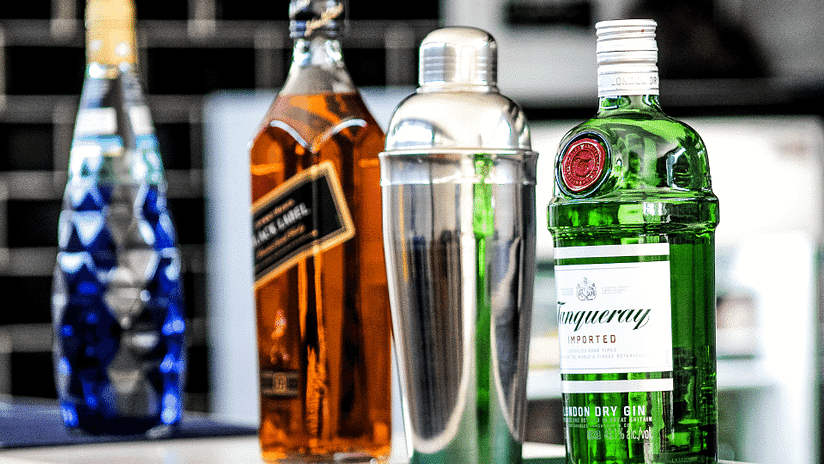 There are nineteen health concerns, according to the report, and alcohol use is on the third number, even before suboptimal breastfeeding, high blood pressure and tobacco used. It has also been reported that US traffic fatalities have increased since 2005 and 2013, 10,332 people lost their lives because of driving under the influence. The legal limit of alcohol is 0.08; however, the drivers which were involved in these incidents had twice more blood-alcohol levels.

Driving under the influence is perhaps the most negative point of alcohol consumption, as the drunk driver is not only risking his own life, but the life of others too. Alcohol is the third leading cause of death in the United States of America. According to statistics, in 2012, 87.6% of people, who were 18 or older, stated that they have consumed alcohol, even if they are not legally allowed to do so.

There are two types of drinkers; binge drinkers and heavy drinkers. Binge drinking means to consume alcohol with the intention of being intoxicated and in 2012, 24.6% people reported that they are binge drinkers, like drinking at least five drinks on one occasion and 7.1% of the people stated that they are heavy drinkers. The increase in alcohol consumption also affects the economy, as it did in 2006 and cost the Americans 224 billion dollars. This happens because when alcohol consumption increases, the productivity of a person decreases (Fang).

The above statistics help realize the dangers to society because of drinking and how the consumption of alcohol is rising. According to research, young people who start drinking at an early age are more likely to become alcoholics and there are many health benefits of heavy drinking or being an alcoholic. The first one is Anemia; if an individual is a heavy drinker, then the red blood cells, which carry oxygen, would decrease in number and this would cause them to be an anemic. They are most likely to get blood throw drips every week; they would be short of breath even if they walk a little, would feel fatigued and lightheadedness.

Cancer is another cause of alcohol consumption, according to Jurgen Rehm, who is Chairman of the addiction policy at the University of Toronto. Inside the body, if alcohol turns into acetaldehyde, then it is a carcinogen. Alcohol can cause cancer in the mouth, liver and breast. If the alcoholic is also a chain smoker, then the risk of cancer would increase.

The third is the worst case of alcohol consumption, and i.e. cardiovascular diseases. When an individual drinks, their platelets clump together; this clots the blood and causes heart attacks and even strokes. A study was conducted by Harvard researchers in 2005, where they found out that if an individual has suffered from a heart attack and survived it, and they also consume alcohol on a regular basis, then they are most likely to die from the consumption of alcohol. Alcohol usage can also result in cardiomyopathy, where the muscles of the heart become weak and then they fail; the rhythm of the heart also becomes abnormal, makes the upper chambers of the heart to twitch and makes the individual unconscious every now and then (Fang, 2014).

It is a known fact that alcohol affects liver the most, because it is toxic to the liver cells. Due to this reason, an alcoholic is most likely to suffer from cirrhosis, where the liver becomes so scarred, that it can no longer function. Alcoholics also suffer from a very painful condition called gout; it is the formation of uric acid crystals, which appear in the joints. Even if an existing case is not serious, the consumption of alcohol makes it serious.

Alcohol consumption also causes infectious diseases like it suppresses the immune system, the consumer can suffer from tuberculosis, pneumonia and HIV/AIDS (“Health Risks of Alcohol”). Those who drink heavily are more likely to engage in reckless activities like driving under the influence and unsafe sex, this is how they are diagnosed of sexually transmitted diseases.

Those who support alcohol consumption, state that there are alcohol consumers who drink on occasions and keep themselves healthy by exercising and keep a healthy diet, however, they are ignoring the fact that even those who drink occasionally, are more likely to get addicted to alcohol and replace it with other beverages. No matter how much you drink, it is bound to cause a health or psychological problem.

The psychological effects of alcohol are the worst, because a person loses their ability of making the right choices. The first psychological impact is the most common, depression.  There is a debate on this point that whether depression comes first or it comes after alcohol consumption?

However, if depressed people turn to alcohol for a solution which would ease their emotional pain, they forget the fact that once the influence wears off, they are most likely to return to their original state. A person loses his memory, if they are heavy drinkers, as the brain shrinks and causes memory loss, which is a symptom of dementia. It impacts their ability to make decisions, solve problems and perform other functions.

Alcohol is basically a depressant, which affects our thoughts, emotions, actions and mental health. Sometimes people take a drink, to boost their confidence and it does makes one feel less anxious, as it depresses that part of the brain which deals with inhibition. However, once the individual starts to drink more and more, they don’t experience pleasant feelings, but their emotions become more angry and negative.

People who have made alcohol a necessary part of their life, experience disturbed sleep, they become lazy, their mood is rarely pleasant and they mostly feel low; they become anxious in situations that they would feel comfortable with, if they weren’t under the influence of alcohol or an alcoholic. Alcohol makes people lose their sanity and rational side, and make them act impulsively (“Alcohol and Mental Health”). Under the influence, they can harm someone else or even themselves; alcohol consumption is also related to suicide, as it evokes negative thoughts in an individual’s mind, which would make them take their own life.

Thus, in my opinion, the legal drinking age should be increased and there should be strict consequences for those people who provide alcohol to teenagers or those, who are not of the legal age.  Legal age of drinking should be increased because if it is allowed at the age of 21, then alcohol abuse can lead to abuse of other substances, like drugs too. Alcohol consumption trigger sexual crimes, as reported by the U.S. Department of Health and Human Services, 90% of the rapes which happen in colleges, happen under the influence of alcohol use.

There are 100,000 incidents of sexual assaults reported, where a woman is assaulted by her fellow male companions, and the cause is alcohol. If a person starts drinking at an early age, then their body would start to weaken, it would increase their heart rate as they are dehydrated; most individuals replace water and other drinks with alcohols, which don’t nourish the body well.

Alcohol is a dangerous substance and its usage need to be controlled because of the number of death and incidents, which are a result of this substance. The government needs to intervene and to spread awareness about the consequences of drinking, as the health effects of alcohol consumption are alone, an alarming situation. I would like to emphasize the point here that it is not only the government’s job, but personal responsibility of every individual; to make sure that their drinking doesn’t negatively affects the society as a whole. Then, they should be concerned about the physical and psychological effects of alcohol, which makes them, do impulsive things, which put their health and the life of others at risk. Thus, alcohol usage should be limited because of its health hazards.

This site was… how do I say it? Relevant!! Finally I’ve found something which helped me.
Cheers!

Exactly what I was looking for, appreciate it for posting.