Worldwide gaming statistics have shown that nearly 60% of Americans are involved in video gaming, with thirty players on average. Forty-five percent of the people who engage in gaming are females who are over the age of eighteen, and the parents are responsible for the purchase of their children’s video games. Even though advantages and disadvantages associated with the violent video games are numerous, the involvement of parents in the play, the increased variety of options for games and the level of restrictions by parents regarding the playtime of their children, demonstrates the attempts to decrease any adverse effects (Phillips, 2014). Looking closely at video gaming and the applications associated with it exposes social, psychological, and educational benefits and among others. 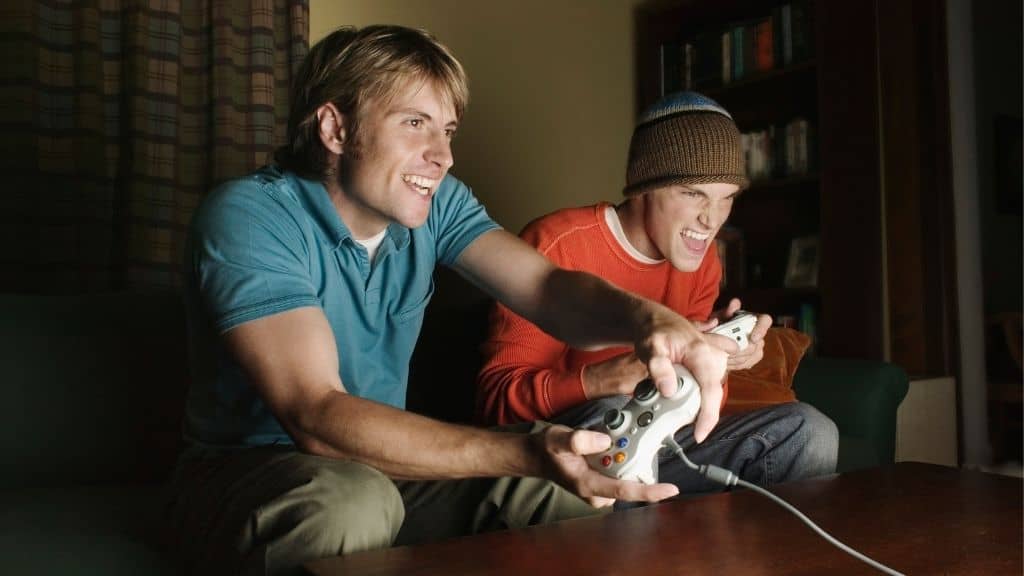 The main source of opposition for playing video games originates from neophobia that has created a situation where the population of older people is against the entertainment of the young. Most of the people who play video games are under the age of forty, while most of the people who criticize this habit are over the forty. These critics also argue that playing video games encourages violence and leads to addiction although there is no particular basis and evidence for these allegations. Numerous research on if video games promote violence has been unsatisfactory and has focused only on the short term impact. During the times when playing video games has become popular in America, the incidence of violent crimes has dropped by nearly a fifth. If the games made people violent, this tendency should be exhibited in the figures considering that half of the American people play either computer games or video games, as demonstrated by the graph (Adam 2009).

Only three percent of people playing video games play alone, as most of them engage in multiplayer games in the same rooms or through online connections, according to research. It has also been suggested that gaming can be a discussion topic for both kids and adults, creating a foundation for friendships. This social quality of gaming is illustrated by teamwork and the sense of partnership between the super players and their fans that is evident. The professional player’s stream videos of their playing through online sites to assist other people who wish to play the games to learn and view various techniques.

Video games are essential in relieving stress as playing involves undivided attention that assists the players in detaching themselves from the daily stresses through changing their setting. There have been cases where people have stopped other stress-relieving habits, such as making wine in favor of playing games such as candy crush. The gamers also prefer the new identities that players adopt in the process of playing games as it makes them develop more positive perceptions of themselves after they are through with the playing. Further than just developing positive perception, video games are also critical in the promotion of competence and self-esteem for the gamers from applauds they get from peers when playing the games in public places. Individuals who engage in playing video games that encourage cooperation have a high likelihood of assisting others in the process of playing their games than those who play similar games competitively, regardless of their nature (Nauert, 2013).

Video games have been applied innovatively in pain management, where the level of attention that is needed to play the games can distract the players from their pain sensations, especially pediatric patients. Video games have also be used as a type of physiotherapy in various groups of people as they can focus the attention of the players away from possible discomfort. Compared to the conventional healing activities, they are not dependent on impassive movement or agonizing management of the hands. They have also been utilized as a type of physiotherapy for injuries of the arms as well as a form of occupational therapy to increase the strength of the hands. This form of games has also been employed on comprehensive initiatives to develop social and spatial abilities in children and teenagers with learning disabilities or other types of problems in their development, such as autism and ADD (Griffiths, 2005).

Research in the area of action games has demonstrated an increase in mental rotation abilities, more precise allocations of attention, as well as better spatial resolution visual processing. Analysis has shown that spatial skills may be acquired in a relatively short time through playing video games, and the outcomes can be compared to informal training courses that are aimed at improving motor skills (Vitelli, 2014). The best results are associated with shooter games rather than games that involve solving puzzles. However, modern games have become too complicated to arrive at simple conclusions concerning the forms of cognitive advantages they can produce. A study that assessed the development of children of pre-school age revealed that the children who engaged in playing interactive games had more enhanced motor skills regarding object control than the ones who did not (Gallagher, 2013).

Scientists have also discovered that the swerving cars are concurrently picking out road signs during the process of playing video games can enhance short-term memory as well as long-term focus in older adults. Some of the outcomes of this study have shown that people older than eighty years start to show neurological patterns of persons who are in their twenties. According to the scientists, these findings are essential in appreciating how to make older brains stronger as the improvement in the performance of the brain can be demonstrated in the process of playing the game and also in other activities (Richtel, 2013).

Through setting particular tasks and giving the players a chance to work their way through various obstacles to achieve these tasks, video games help in enhancing the value of persistence in children as well as adults. The players learn to perceive themselves as having expertise and skills since the games provide feedback immediately the players solve or go past a particular barrier. This creates a situation where young people can be able to understand that intelligence is incremental about effort (Shapiro, 2014). The immediate feedback from the games also maintains the gamers in the proximal development zone that allows them to find solutions to problems individually while at the same time setting their sights on particular goals. Since the degree of difficulty increases as the players continue advancing in the game, the skills they acquire from gaming continually improve with time. The games are also a source of recurrent reinforcement in terms of encouraging players to remain motivated regardless of the challenges and obstacles.

Video games have always been portrayed negatively as being intense and addictive, as well as an impractical time-wasting activity that leads to obesity. The gaming industry is worth more than twenty billion dollars, and according to the Entertainment Software Association in 2012, almost sixty percent of American citizens played video games. The majority of the virtual games can address educational and physical benefits for the people who play these games. The games that use repetitive actions like targeting moving objects train the brain as well as the muscles to have increased performance in real-life tasks while progressively improving the skills of the players.