Home Education Slavery in the History of America
Education

Historians consider slavery in the United States as an inhuman act, which has caused many authors to document the happenings and its effects. Frederick Douglass, an ex-slave in the era when slavery was so rampant in the United States, wrote his biography to enlighten the world on the suffering of slaves ion his period. Born into slavery, he narrates his experiences in the slavery system from a tender age. It took a lot of courage to stand in a podium surrounded by abolitionists at the age of 23 years and overcome all the nervousness that seemed to crush him and give a speech concerning his life as a slave. After this initiative, he got involved in trying to better African Americans’ life. Frederick was a native of Maryland (Douglass, 11). He was the offspring of a white father that he never have to know and a black mother. During those times, a child assumed the status of the mother. Frederick was soon to become a slave since his mother served a master all her life. 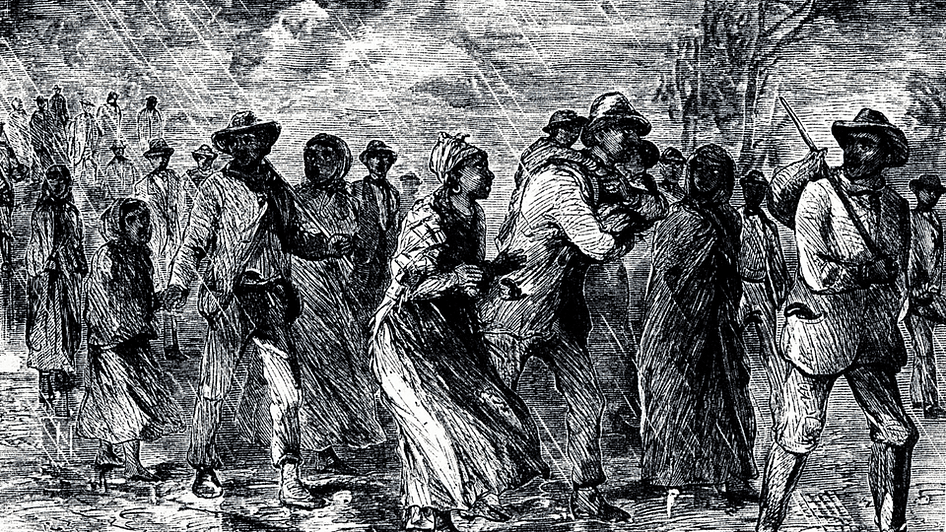 According to his autobiography, he spent the first years of life with his grandmother, who offered maternal love and guidance since his mother served a master’s far away. In that slavery system, mothers moved away from their children to work far off. He missed maternal attachment since he only happened to see his mother a few times. His grandmother offered to take care of children separated from their mothers until they came of age enough to work on their master’s plantations. He wrote his story, and the autobiography describes slavery in black and white.

Douglass’s description shows that the slave system in Maryland denied children their fundamental rights. Children took the footsteps of the mother. Children born to slaves had no choice but to become slaves. The slave system had its roots on a racial basis. All people of color were subject to becoming slaves. Mothers did not have the opportunity to nurture or have bonds with their children, as evidenced by Douglass’s example. The slave system did not protect the rights of little children, and from a tender age, children worked and stayed in the farms of their masters. Douglass’s example of moving to a plantation at the age of six illustrates the agony children faced in the slavery era. These children faced mistreatment, harassment, and abuse at a tender age. They survived on inadequate food supply and led miserable childhood lives.

In most plantations where the slave system existed, Douglass explained a significant difference between blacks and whites’ lives. The whites received a lot of respect and enjoyed the privilege of being free. On the contrary, blacks were slaves as and human property to their masters. White children went to school while the black children worked as slaves and grew up with their ignorance. The slaves respected their white masters and co-existed among fellow slaves. Slave overseers, whether black or white, received respect from the slaves. The white masters cooperated with fellow masters to keep the slave system alive. Being a slave meant that one was too low in society and had no rights to protect him, and he was to work diligently.

There were ranks in the slave system (25). There was one general master who owned several farms according to his affluence. The master put in place overseers to watch over the slaves on each farm. Also, there was a chief agent to the master, who took charge of all the farms’ transactions and operations. All overseers reported to him on all issues concerning the farms. The opportunity to address the master was a preserve for the chief agent only. Overseers exercised cruelty to the slaves, and this was a way of maintaining absolute obedience. The cruelty involved thorough whipping of the slaves. Brutality created two distinct levels of human beings. The general master was unreachable, while the slaves were too low. Slaves turned against fellow slaves in cases presented to the chief agent or overseer to judge. Inciting slaves against fellow slaves was intentional to make sure they would never stand united against the master.

The slave system had adverse effects on the personalities of all individuals. Being a slave denied an individual to exercise the freedom living to lead the life of choice. Slaves lacked the freedom to interact and marry freely. Their marriages had to reflect the classes in existence. Overseers exercising cruelty on slaves led entirely frustrated lives. The example of captain Antony and his life’s experience describes the slave system (25). Extreme cruelty resulted in murder. Those committing murder face no charges or execution. The cases never received publicity because the masters played their game smart.

It is evident from the book that there was no way for justice because overseers committing such murders tactfully put themselves out of any blame. Murder of slaves did not receive the seriousness murder should neither from the community nor those supposed to bring justice (42). Due to this, slaves lived in anger and fear. It was unthought-of for a slave to fight back during punishment. However, a few slaves did fight back. Due to their daring spirit, they received no further whipping. Some slaves resulted in escaping to distant lands where all men were free. Slaves live in unbearable conditions. They lacked proper housing and accommodation. They survived on insufficient levels of all basic needs.

During that era, the selling of slaves from one region to another was joint. It is also evident that a slave’s status depended on the master and state in which the slave worked. In Douglass’s case, moving to Baltimore changed his life, at least for the better. In some regions, the slave system was less brutal. However, this opened up another reality of being a slave. A slave lacked the opportunity to get an education. As long as slaves remained ignorant and uneducated, they would serve faithfully (49). These tactics worked. The slaves had no religious understanding because they could not read. Nobody cared about the spiritual needs of the slaves. The masters realized that spiritual knowledge would open up the slaves’ minds on the equality of all people before God, and they would rebel against slavery. On the death of a master, sons, and daughters inherited slaves just as they did property. This shows the level to which the slave system reduced the value of fellow human beings. The slave suffered a loss of self-worth and esteem. Even run-away slaves faced difficulties in leading everyday lives. They lived with indescribable fear of a recapture into slavery.

Douglass gives first-hand information on the terrible effects of slavery. Slavery is part of the black history of America. Escape from the bonds of slavery was not easy. Denying human being freedom and liberty denied them any opportunity of self-expression. Slavery destroyed the image of slaves. The slave system was brutal and cruel. After the escape, they had to start building their lives. Ex-slaves had the determination to save fellow slaves from bondage. Some people were against slavery and realized that it was illegal to deny their freedom and exploit them. Douglass met these abolitionists of their time and joined in the forces to end slavery. Abolitionists realized the value of fundamental human rights and sought to enlighten people on them. They held campaigns and rallies and gave speeches at conferences (151). In some states, slavery did not exist. In countries where it lived, it offered cheap labor.

Douglass’s story on the injustices he faced in bondage and the realizations that opened up his eyes to struggle for freedom reveals the actual state of a slave and his grievances. The contrast he gives in his narration as a freeman provides a clear definition of what slavery entailed (Douglass 141). The evil and wicked masters took advantage of the ignorance of the slave and exploited him. His slavery defines some states’ history in the 1830s 1830s and explains historical events that followed in those states.

This primary source elaborates on the depth to which man exploits fellow men and emphasizes the importance of fundamental human rights. This is a part of American history deserving no-repeat whatsoever. It makes a reader appreciate the level of freedom an individual enjoys currently. We live in a free nation; each individual wants free movement, access to basic human needs, freedom of expression, and injustice is punishable by law. The story shows how slavery affected the welfare of children hence future generations. Slavery disrupted the basic unit of society.

In conclusion, education was a critical aspect that triggered Douglass to begin his journey to freedom. However, it calls for commitment and endurance if the journey to freedom is to be a success. Evident in this paper, it seemed too expensive for Douglass to move to space as a slave. He realized that the most amazing bondage that can exist is one’s sone’s ignorance. His story should awaken the minds of young people today to crave for knowledge, as it is the first step to liberty. Slavery is part of America’  America’s darkest history, and Douglass is a hero of his time. He rose from his circumstances to escape bondage to freedom. He used all opportunities to break from the bondage of ignorance.