Home Education The Negative Effects of Pornography on Relationships
Education

The effects of regular use of pornographic materials by one partner in a relationship are manifold and, as often as not, cynical, often devastatingly so. As will be discussed below, it can lead to a lack of intimacy and an emotional distance in the relationship, along with feelings of rejection and inadequacy on the part of the pornography user’s partner. At the extreme, some commentators have expressed concerns that the widespread dissemination and consumption of pornographic material might even lead to greater violence against women, including those in a relationship, as presentations of female degradation and objectification become more common. 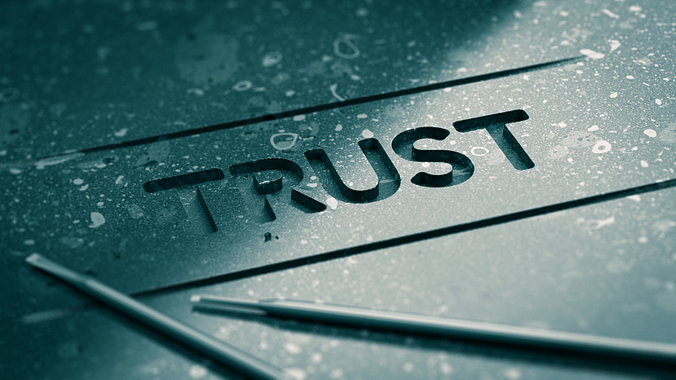 As Weeks pointed out, the issue of pornography consumption by an individual in a relationship is by no means new. However, the existence and widespread availability of the internet as a means of accessing and disseminating pornographic material has doubtlessly exacerbated existing trends. Weeks (2010) writes that a ‘key factor in this increase is the convenience, affordability, and the anonymous nature of Internet pornography’ (p. 1). As internet access has spread into homes around the world, and as the internet is a mostly ungoverned and ungovernable sphere, especially in the western world, ‘the sex industry has profited from unprecedented proximity to the home environment’ (Manning, 2006, p. 131).

While the use, and especially the frequent use of pornography over an extended period, can have effects on the user’s relationship with family members, work colleagues, and other contacts, Weeks’ (2010) statement that the ‘couple relationship, in particular, often feels the most negative effects of pornography’ must be credited as accurate (P. 1). Nevertheless, we should bear in mind Manning’s (2006) assertion that ‘entire family systems felt the impact of sexually explicit material, not to mention communities and corporate circles’ (p. 138).

As to the specific ways in which pornography use may damage a relationship, Weeks (2010) provides a useful summary when she lists ‘addiction, isolation, increased aggression, distorted beliefs and perceptions about relationships and sexuality, negative feelings about themselves, and neglecting other areas of their lives’ as some of the most common problems that pornography can cause (P. 1).

They are having sought arousal from an artificial stimulus external to the relationship, many of the issues that pornography usage by one partner can cause in an association related to the sexual aspect of that relationship. Some users find it increasingly difficult to become aroused without the use of pornography, and can eventually lose interest in the sexual activity altogether. Most individuals use pornography privately, and in many cases, the partner of a pornography user is unaware of this behaviour. Some individuals, and even some who have studied the subject, have claimed that the mutual use of pornography by a couple as a sexual tool in their relationship can have a beneficial effect on their intimacy. Manning asserts that while some may have found this to be the case, it ‘is not the predominant experience’ (138).

The user’s partner might see their spouse’s use of pornographic material as an act of betrayal. As they attempt to analyze their partner’s behaviour, they may also begin to blame themselves for the mounting difficulties faced in the sexual interaction of the relationship. They may conclude that it is they who are sexually inadequate and that this is the reason for their partner seeking sexual gratification beyond their relationship.

The theme of decreased sexual satisfaction in a relationship where a partner commonly uses pornography is reinforced by the findings of several critical studies, including Schneider’s (2000) report on the effects of such addiction on the family. In this survey, some two-thirds of respondents claimed that they had experienced decreased sexual intimacy with their partner since the latter had begun to use pornography regularly. Schneider also found that over half of cybersex users had themselves lost interest in sexual contact with the relationship since they had discovered this external stimulus. Worryingly, in 18% of the relationships surveyed, both partners reported a decreased interest in sex.

Specific problems resulting from the use of pornography repeatedly emerged in the findings of Schneider’s (2000) work. The partner who was using explicit material was often found to be making false excuses to avoid intimate situations with their partner, which might include tiredness and overwork. The other partner often became angry and frustrated with such behaviour, as well as feeling rejected. The pornography user was usually found to be increasingly emotionally distant and remote from their partner, and the latter was forced to initiate all intimate contact. All of these issues can lead to a worsening cycle of blame and general bad feeling in the relationship, with each partner thinking that the other is responsible for their mounting problems.

The use of pornography might also encourage an individual to bring the acts they have seen being performed in magazines and videos into their relationship. This can cause considerable tension and upset if the partner of the pornography user finds these practices to be objectionable. The latter was an essential aspect of Scheider’s (2000) findings.

Furthermore, if the couple has had children together, and these children can come into contact with the explicit material being used by their parents, or even if there is a risk that this could occur, the dangers of pornography for a relationship become even more severe.

We have already seen that the use of pornography by one member of a relationship can lead to the other experiencing deep feelings of rejection and even emotional and sexual inadequacy. In some cases, the reaction of an individual on discovering that their partner has been seeking gratification from pornographic material can be even more severe. With regard particularly to married women, Manning (2006) found that they ‘commonly report feelings of betrayal, loss, mistrust, devastation, and anger as responses to the discovery or disclosure of a partner’s pornography use’ (p. 145). Defining marital infidelity as ‘a violation of the marital agreement, a betrayal of trust, and a threat to the marital bond’, Manning even proposes that the use of pornography by one partner can sometimes be as destructive as having a physical affair (p. 145).

In a similar vein, Bergner and Bridges (2002) collected and studied 100 letters which had been posted on online message boards by the female partners of men who had been regular users of internet pornography. These messages described the reactions of the women when they discovered this behaviour of their partners, and all of them seem to have distraught, treating it, as Manning (2006) later found, as a severe matter of infidelity and betrayal.

While a later study by Bridges et al. (2003) found that the women surveyed, whose partners had been heavy users of online pornographic material, did not generally see such behaviour in such extreme terms, neither believing it to constitute an extramarital affair or sexual abnormality, there was still clear evidence of the negative attitudes of many women towards the use of pornography by their partners (p. 10-11).

One major issue remains to be addressed, namely the issue of whether the use of pornographic material engenders violent behaviour in men. Were there any evidence that this was the case, it would provide perhaps the strongest argument for the adverse effects of pornography on relationships, given the devastating consequences that violence has on a relationship.

There has been much discussion of this issue, and no obvious conclusion is evident in the scholarship, despite the large volume of debate generated by President Johnson’s Commission on Obscenity and Pornography, which reported in 1970. As Padgett (1989) states, ‘It is a widespread belief that pornography causes negative attitudes towards women, but tests of this belief are contradictory’ (p. 479). Indeed, there is some evidence that pornography does not harm at all to male attitudes towards women, including what is sometimes called the “Danish Experiment” (Padgett, 1989, p. 480). After Denmark repealed all of its censorship laws, thus making pornography readily and legally available for the first time, there was a notable decrease in sexual crimes, including rape, and this decline continued over several years.

Gray’s (1982) work provides a measured conclusion, in stating that while there ‘is little evidence that exposure to hard-core pornography produces aggressive behaviour in men’, ‘levels of aggression in already angered men are increased by exposure to hard-core materials’ (p. 387). Nevertheless, many commentators maintain that pornography intended for male consumption often routinely involves the objectification and degradation of women, and such attitudes, when taken to their extreme, can easily lead to acts of violence against women. Even Padgett (1989) concedes that ‘When sexual behaviour and violent behaviour are presented together, and the outcome is presented positively, researchers report negative effects like male aggression towards females’ (p. 483).

For all of these reasons, it is easy to see why the use of pornography by an individual in a relationship can have a devastating effect on that relationship, and how the dishonesty and deception sometimes involved in the consumption of pornography, along with the feelings pornography use might engender in the individual’s partner, can lead to a gradual breakdown of the closeness and sexual satisfaction in a relationship. Manning (2006) goes so far as to conclude that ‘Internet pornography consumption threatens the economic, emotional, and relational stability of marriages and families’.

Banning the Use of Mobile Phones In Motor Vehicles in Australia

Statement of Purpose For Industrial Engineering