As a result of Germany’s defeat in WWII and with the beginning of the cold war era, Germany was split in the East and West blocks. To take total control of the country and to effect de-Nazification, the country was divided into four zones and the U.S., Russia, Britain and France took control of each zone. During this period of 1944-47, ethnic Germans suffered heavily due to expulsions and flights from the Eastern parts and the Sudetenland. Those who were left behind were treated very badly and finally deported to Germany in 1950 from Poland, Hungary, Yugoslavia, Romania and Russia. More than 1.5 million Germans suffered during this period. (Biddiscombe, 2001) 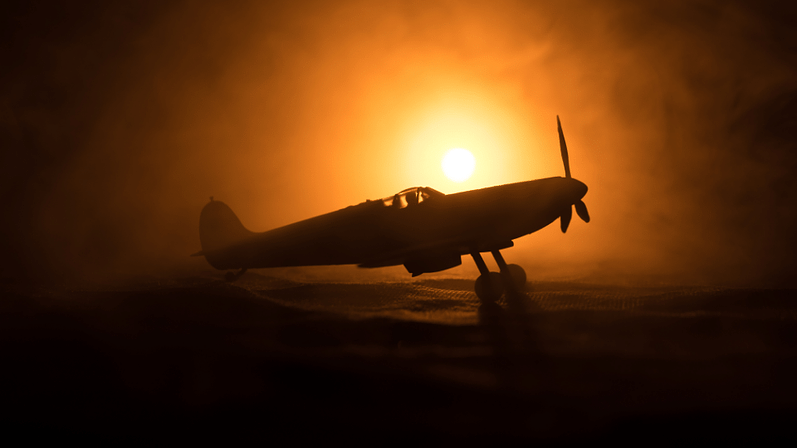 Allies also tried to take full control of the natural mining mineral resources of the country. To disarm the country, all defence-related industries and those civilian industries, which were making supplies even civilian, were dismantled. (Gareau 1961) Also, the Allies confiscated all the German intellectual properties and patents. Later it was decided to approve the minimum industries that were necessary for peacetime needs. As this turned out to be an unpopular policy and contradicted the objective of industrial growth, in 1949, all the dismantling stopped. By this time, the U.S. also realized that to counter the cold war, rearming of Germany was necessary. Subsequently in 1954, with Germany joining the NATO, industrialization picked up, and a capitalist society started emerging.

Christian Democratic Union and Christian Social Unions formed all the governments from 1949 to 66. Kiesinger’s “Grand Coalition” in 1966-69 gave the ruling party the necessary 2/3 majorities to ratify emergency acts. These emergency acts restricted even fundamental constitutional rights during the times of emergency. The Free Democratic Party, the growing student’s movement and labour unions fiercely opposed these laws. There was a demand for a new Germany, and antinationalism became the order of the day. (Gunlicks 1991)

Many fundamentalists believed that the politicians of Germany were pursuing dictatorial policies, and the perceived ‘consent’ of the people was regarded as an extension of the ideology that the Nazis had developed within society. The country was supplying weapons to repressive African governments, was seen supporting the war in Southeast Asia, and active in the nation’s remilitarization with the U.S.-led rivalry against the East Block countries.

RAF came into existence from the fundamentalist student movement of that period and consisted of primarily middle-class young people who found themselves confronting a West German capitalist enterprise, which they actually believed was nothing better than the Third Reich. The movement gained popularity and found a massive following among young West Germans who had compassion for the group. Though there were people, who were not convinced by their violent tactics but understood their disgust with the new system, predominantly in which former Nazis played essential roles.

For persons like Andreas Baader, the 1967 killing of a young student by police during a protest in Berlin against the Shah of Iran acted as a trigger and convinced him that the governments even after the WWII were no better than that which existed earlier. While protesting at the Opera House, a German student Benno Ohnesorg, during his first protest rally, was shot in the head and killed by police. However, the officer was exonerated in an ensuing trial. That caused even more discontent. (BBC 2007)

Along with discernments of the government and police viciousness, and widespread disagreement to the Vietnam War, Ohnesorg’s killing stimulated many young students, and they became a rallying point for the West German Left-wing cadre. Named after the killing date of Ohnesorg a militant-Anarchist group “Movement 2 June” began its terror operations. Before that German opposing groups had never questioned the legitimacy of the use of physical force since 1945. (BBC 2007)

With growing unrest and the subsequently attempted assassination of another student leader Rudi Dutschke caused much of furore. The result was a backlash against the government. During 1968-77, three groups, the Red Army Faction, Revolutionary Cells and Movement 2 June unleashed terror in Germany.

Red Army Faction or what they were earlier called the Baader-Meinhof Gang was involved in bombing, killings and arson. Andreas Baader, who was convicted for setting two departmental stores on fire, was forcibly released from police custody during a press conference by a prominent journalist Ulrike Meinhof and they combined with others to launch the most petrifying period in Germany’s history after WWII.

Unfortunately, the purposeful student protests of 1968, which were aimed against the capitalist regime, Nazification and favoured socialism, increasingly turned into riots. They wanted to usher in a new era in Germany using guns. The target was clearly to destabilize the government. However, what could have been another revolution lost its way and became terrorism. With looting of the bank for funding their mission, bombing the U.S. military infrastructure, attacking German police stations, and properties of the Axel Springer press empire; they rose on a wave of popularity. The German government has used the terrorist crisis to pass new laws that grant them broad powers to fight terrorism. As a result, most of the Baader-Meinhof Gang’s influential members were imprisoned by mid-1972. (BBC 2007)

But that wasn’t the end. The next generation of B.M. gang took over the fight and executed some of the bloodiest and well-publicized attacks to get their idols released from the government custody. But the government was in no mood to compromise and then in 1975 began one of the most controversial trials of the members of B.M. gang. Before the beginning of the trial, some of the laws were also amended. (BBC 2007)

More terrorist activities followed with the seizure of the German Embassy in Sweden; two hostages were shot dead since Chancellor Helmut Schmidt refused to give in to demands that all the suspects be released. During her trial, Meinhof was found dead in her jail cell. It was said that she committed suicide using a towel-made rope to hang her. Her death caused much furore, and many of the conspiracy theories were suggested. The other three members were found guilty and sentenced with life imprisonment for killing and attempted murder. This generated another wave of assassinations. (BBC 2007)

During one of the bloodiest period, in April 1977, first of all, the chief public prosecutor- Siegfried Buback was assassinated by a motorcycle hit squad. That followed with the killing of the CEO of Dresdner Bank, Juergen Ponto in Frankfurt while he was at home. The most sensational was the kidnapping of Schleyer, who headed the German Association of Employers and had been associated with the Nazi Party in the past. The terrifying events of September 1977 are often referred to as the German Autumn. Kidnappers demanded the release of Baader and his nine other associates. (BBC 2007)

Another event added to the twist while the negotiations were still going on, Arab supporters of the B.M. gang hijacked a Lufthansa flight on 13 October 1977. The plane carrying tourists from Frankfurt was forced to Italy, followed by to Cyprus, Bahrain and Dubai and finally to Mogadishu. Hijackers killed the pilot but very soon without any additional causality German commandos acted, killed three of the hijackers and got all the hostages released. (BBC 2007)

The hijacking had created a big hope among the followers to the Baader-Meinhof gang, but it turned out to be the latest setback for all the three members in the high-security prison. It is said that just as the news broke out on the radio of the release of the hostages, all members of the group committed suicide in a well-coordinated manner. However, many of the questions remain unsolved like how they got radio and weapons inside a high-security jail and how they coordinated so well when they were lodged in separate cells. While all this happened, the next day, Schleyer’s who had been kidnapped was killed and his body found in a car. (BBC 2007)

As said earlier, initially, there was an ideology; the student unrest was caused by the growing capitalist structure, the uneven distribution of incomes and most importantly- resurfacing of nazi sympathizers at a crucial position in the administration. That way, the B.M. gang was successful in highlighting these issues before the world. However, the means they adopted turned a purposeful movement into mere terrorist activities of lootings, kidnappings and killings. They had scholars like Meinhof among their ranks, but perhaps they wanted to achieve too much and too soon that became their undoing. Finally, what most of the people observed was that the gang only wanted to liberate their members from police custody and that’s it.

It is also believed that they wanted to push the government to breaking point, forcing it to bring in stricter laws that would affect an individual’s freedom and would create more unrest among the masses thus causing a civil war. However, even for civil wars, a clearly defined ideology is required that finds support from people. With their bloody acts, they were losing public support. The situation during those times in Germany is comparable with the U.S. after the 9/11 attacks. In both countries, new laws were enforced given heightened terrorist activity and for public safety. In both instances, people stood with their respective governments. That speaks of the reaction of common masses to terrorism.

B.M. gang or RAF still had some support among Left followers, but with time, it became isolated. East Germany also assisted it, and the members also got refuge there. Attacks continued even in the eighties, but the cause was already lost. With Unification of the two German nations in 1990, the support to RAF got even weaker. No incident of violence or any other activity is heard of from them since 1998.