The Social Impact of Drugs on the Community of Milwaukee City

Description of The Problem

According to the National Drug Intelligence Center (2007), most of the problems with drugs in Milwaukee, Wisconsin, are related to gang wars on the Northside of town. They differentiate between the South and the North because they show different behavioral styles. According to this report, the Northside gangs engage in violence to “steal drugs, money or weapons from other dealers.” (par. 1).Within the region, the most abused drug in powder and crack cocaine, heroin, and other drugs. However, according to the Milwaukee County Medical Examiner, in 2005, “196 drug deaths occurred, 92 of which involved cocaine” (quoted in National Drug Intelligence Center, par. 2). The study also found that cocaine and other opiates have come into play, suggesting the abuser demographic has increased. Now Caucasian males and females come to Milwaukee from small towns and suburbs to purchase these higher-scale products. Unfortunately, the abusers’ mean age has also changed; adolescents are now experimenting with these more potent drugs. 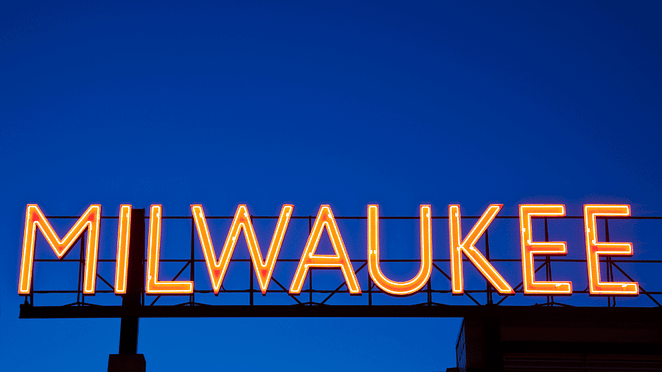 This study indicates that the bulk of the violence is secondary problems across Hispanic gangs with Asian and African American drug dealers. The Hispanic and African American gangs are causing local neighborhood residents issues as they spend time recruiting from those communities while selling their drugs. The drug trafficking is also brought and spread by gangs into the neighborhood. The dealers are also from Chicago and other nearby cities. For example, a drug bust found just 19 people who were distributing drugs within the city limits. These dealers had a shipment running, which came from Chicago and delivered every week in Milwaukee (Halter, 2008, par. 5). This is a complicated issue as many of the street gangs operate very sophisticatedly. The National Drug Intelligence Center, for example, estimates that the Hispanic gangs are very well organized, have a hierarchical structure, and have formed manifestos (“Drug Trafficking Organizations”). This allows them to distribute the drugs more quickly. They also use prepaid cell phones and social networking sites such as MySpace to connect with buyers.

There are also gang problems that cause turf wars. Law enforcement expects that prescription opiate users will increase the misuse of heroin by juvenile criminals, as it is cheaper and easier to obtain. (P 18). ). The people of this area are struggling, and police have advised them to keep their doors locked and not allow anybody they don’t know. It has become a problem of a grand scale in this region.

Analysis of The Problem

The social theory that best fits this situation is the social conflict theory because it is a matter of economics and survival. When we look at American society, as it exists today, most people are worried and afraid of the future because of what has happened economically. All communities are affected by higher prices for gas, utilities, and food. These are all basic needs that are compromised because of the way our society has gone. Social conflict theory is based upon the idea that the fundamental reasons for crime are the social and economic forces that operate within a society (Greek, 2005, “Criminal Theory”). Many years ago, marijuana was the drug of choice for most young people. Now it is heroin and cracks cocaine within the Milwaukee regions. This is a much harsher drug to stop, and the effects on the body are more durable than with marijuana. This shows that people are in real need to tune out many aspects of society to service. According to Lo (2003), social conflict theory looks at the structures within neighborhoods where people use drugs. It shows higher degrees of drug use within “lower social classes, disorganized neighborhoods, low-income families, and relatively politically powerless places” (p. 4). We are now facing a recession, loss of jobs and people are choosing another way to support their families. Drugs are a way that has been around for many years, and there seems to be no end in sight regardless of what the police do in this situation. The unfortunate situation is that the majority of drug dealers are uneducated and unskilled. They have moved into neighborhoods causing the residents who live there to learn a feeling of helplessness and know that the police are not helping as much as they might in other neighborhoods. For a lot of young people, drugs can offer an escape from these conditions.According to Parker and Maggard (2005), societies’ structure will also promote drug use when there is disorganization within the community. This is very apparent in Milwaukee because the neighborhoods are inundated with the challenges brought on by low income, lack of opportunity, and lack of political clout.

Martinez, Rosenfeld, and Mares (2008) created a study to identify factors within neighborhoods that resulted in drug abuse and crime. Instead of looking at arrest records, they concentrated on Miami’s specific neighborhoods to see what effect this had on those neighborhoods. They found that violent crimes and drug abuse were most prevalent in unstable neighborhoods and where no specific populations were moving through the area (p. 863). This creates a way for drug dealers to come in and settle within specific turf areas. It is clear from these studies that drug dealers are secure in neighborhoods because residents have the feeling that nothing can be done. They either stay in the neighborhood and deal with the situation or find a way to leave. Most have lived in the area all of their lives, and leaving may not be feasible. Instead, they deal with the situations the best they can, and as the economy continues to decrease their ability to have their basic needs met, many will turn to drugs to ease the emotional pain.

A strong Neighborhood Watch program would be exactly what a neighborhood like this one would need in a perfect world. There would be a fraction of the community who decided to be on the lookout for the crimes being committed, and the local police would work with this group to get rid of the drug problem. Unfortunately, it is not as easy once there are gangs that are centralized within the territories. According to Lum (2002), these programs can work if the entire community becomes a part of it. Lum’s study brought together colleges and universities, government officials, and police to curb the violence. I think this would work because we have to create jobs, invest in our communities, people, and encourage businesses to stay in our community by giving them incentives. This program could be funded by a block grant or private foundation interested in promoting the growth of neighborhoods. Psychologists and mental health professionals from the neighboring drug rehabilitation programs would be instrumental in talking to those who wanted to get well. They could help with the distribution of literature about drug abuse. The psychologists and mental health professionals would also help people in the neighborhood cope differently with the problems. Also, the hospitals would be involved in teaching people how to take better care of themselves.

A variety of sociological and psychological theories apply when looking at neighborhoods and how they deal with crime. Some of them deal with the individual committing the crime, and others deal with the neighborhood itself. According to Ross (2002), it would be difficult to institute a neighborhood watch program in the Milwaukee neighborhoods because the residents are already feeling a healthy level of fear and mistrust. Because their needs haven’t been met to this point in alleviating the crime, it would be difficult to pull them together for this purpose. To make it work, there would need to be a social ties system with neighbors within the community. Forman (2004) suggests that youth should be engaged in doing neighborhood patrols so that everyone was involved at every level. This would ensure that some youth would not be a part of the gangs, and therefore some headway would be made in this respect.

This type of research would back the thoughts of Max Weber in that the action would fall into the uniformity of social action where a group of people was repeating a widespread action. This is what Neighborhood Watch is about when it is combined with people policing the neighborhoods. The Functionalists would see the neighborhood as a society that is struggling to survive. They would see the Neighborhood Watch as a way to restore the social order to the community.

Feasibility of Program and Outcomes

Although a Neighborhood Watch program is feasible in the Milwaukee neighborhoods, there would be several challenges with implementing one. Some of those problems have already been discussed. Central to the implementation would be finding people who would agree to work as part of the Watch. These people would be volunteers and would have to have a degree of investment in the community. They would also need the time to spend doing what was required. It would be essential to bring all the residents together to discuss the problem, and they would need strong leadership.

People would have to care about the program and come together as a unit without fear. The challenge would be to have the police involved more concretely in the area. However, Vojvodich (2004) was able to accomplish a strong presence in the Caribbean through a neighborhood watch program, and he outlined how this could be done. This could be a model for Milwaukee.

Ohmer and Beck (2006) found through their study that the more neighbors participated in programs like Neighborhood Watch, the more they were invested in the community to at least see that collectively the community may be able to stop crime (p. 5). There are quite a few challenges, though, when working with a strong gang presence in a neighborhood, and it would take a lot of time and energy to send the gangs out.

When we look at street gangs, it would be quite a challenge to think that many gang members would turn away from drugs and crime to get a regular job. Taking people off the streets who sell drugs and expecting them to get a “respectable job” would be difficult because drugs are a more lucrative vacation than a regular job. Though gang members are usually caught, prosecuted, and killed at some time in their life, many think that the possibility of death is worth it because they can live well through their drug deals. There are also many politics involved with getting people off the streets and bringing them to justice; many avoid incarceration for a variety of reasons. Some of these reasons deal with the police in the area. The other point is that the gang members would need to be trained in other professions to bring them the kind of money that drugs once did. Perhaps there would be a way to take the entrepreneurial skills they’ve learned and turn them into legitimate businesses.

Wonderful site. Lots of helpful information here.
I am sending it to a few buddies ans additionally sharing in delicious.
And of course, thanks in your sweat!