During the 1980s, Costa Rica began to develop a global reputation as a tourist destination. It currently has more international visitors than its neighbouring Central American countries, including Belize, El Salvador, Guatemala, Honduras, Nicaragua and Panama. Most visitors to Costa Rica come from North and Central America, with the majority coming from the United States (Liu, Siguaw & Enz, 2008, p. 259). 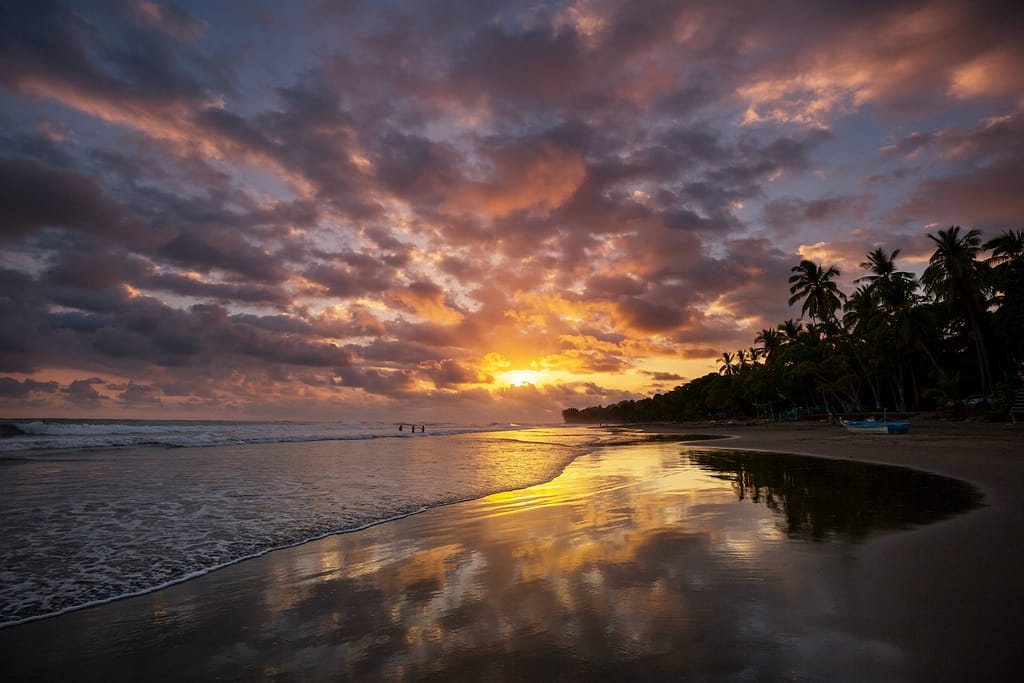 The reason for Costa Rica’s popularity as a tourist destination is the nation’s beauty combined with its ecotourism facilities. The country is bordered on the east by the Caribbean Sea and on the southwest and west by the Pacific Ocean. In addition to this, Costa Rica has one of the most extensive and well-developed national park systems in all of Latin America. An aerial tram which takes visitors by cable car over the top of the rain forest is one of the most visited tourist attractions in Costa Rica (Liu et al., 2008, p. 259).

Before the 1980s, when Costa Rica’s popularity increased, the country’s hotel industry was small. As demand grew, many Costa Ricans entered the hotel business. The majority of new hotels were owned and operated by inexperienced individuals who learned the trade by trial and error. A small number of hotels were run by international chains operating in Costa Rica using both staff and management from their global operations. Soon after, several local hotel operators began working with several foreign hotel operators as joint-venture partners. Marriott Hotels was one of these companies. This system worked so well in Costa Rica that several other countries in the region, including Guatemala, El Salvador and Panama, began to use the same formula. A majority of local shareholders characterized these joint-venture partnerships, a minority stake by the international chain and an athletic training and development component (Liu et al., 2008, p. 260).

Increased environmental awareness and the growing interest in ecotourism can cause conflicting priorities for exotic locations such as Costa Rica. While the country must promote itself as a tourist attraction, it must also protect the country’s natural resources. The demands of sustainability and economic growth can conflict (Liu et al., 2008, p. 259).

To remain a tourist attraction and extend the life cycle of its attractiveness, a country must know a great deal about its international visitors as they are the ones who are primarily responsible for the destination’s tourists (Liu et al., 2008, p. 260). Strategic planning is a fundamental tool that must be used if a tourist destination is to succeed and survive. Strategic planning improves market performance and allows the goal to respond to competitive changes (Liu et al., 2008, p. 259).

Before a plan for the future can be made, however, the destination must understand its current position. A study of Costa Rica’s current position as a tourist destination was conducted by the Cornell Center for Hospitality Research and the Costa Rican Hotel Association. Surveys were sent to 1,382 American travelers to Costa Rica by obtaining their e-mail addresses from the Costa Rican Hotel Association and some of its affiliated hotels. Responses were received from 122 individuals, resulting in a response rate of roughly 10.9 per cent. The researchers acknowledged that based on previous studies, internet surveys usually report low response rates (Liu et al., 2008, p. 259, 263).

The significant findings of this study are described below.

The tourists participating in the survey were affluent, college-educated, middle age and married without children living at home. More than 90 per cent of the respondents had a bachelor’s or graduate degree.The median household income of those surveyed was between $150,000 and $200,000. The survey sample was an affluent group with incomes higher than both average Americans and typical American overseas leisure travellers (Liu et al., 2008, p. 264).

The Trend of Market Growth

The majority of those surveyed were first-time visitors to Costa Rica, and they liked Costa Rica more than any other Latin American destination for their leisure trips. The travellers reported choosing Costa Rica as their destination primarily for ecotourism and the unspoiled environment. Ecotourism, tourism and sightseeing and beach and waterfront activities were the primary activities of the respondents. The tourists’ average length of stay in Costa Rica was eleven days (Liu et al., 2008, p. 269).

Frequency of Visits to Costa Rica

The Rank of Latin American Countries

Booking and Transportation in Costa Rica

About 50 per cent of the respondents booked their trips to Costa Rica through travel agents with the other 50 per cent self-booking. Approximately half of the self-booking respondents book directly with the hotel and one-third booked directly with the airline, while 39 per cent of those who used travel agents did so for the hotel and 40 per cent for transportation booking. One important phenomenon that the study indicated what that travel agent played essential roles in hotel and air bookings. Still, they were not considered vital resource information by tourist (Liu et al., 2008, p. 270).

The researchers drew several conclusions regarding Costa Rica’s attraction as a travel destination. They had some recommendations as to how the country can sustain its life cycle as a destination of choice. Since Costa Rica is an ecotourism destination, it should focus on ensuring resource preservation and promoting efforts to maintain the integrity of the ecosystems. The country must demonstrate the long-term monetary value of conservation, promote conservation education among the population and institute effective environmental legislation (Liu et al., 2008, p. 275). Costa Rica’s marketing messages should focus on the country’s exotic and unique features to ensure that the most desirable tourist segment develop and maintain the right perception about Costa Rica (Liu et al., 2008, p. 276).