The debate and discussion of how much should humans automate operations continue to gain momentum each day as is fueled by technological advancement. Technology has had significant use in the past and has been exploited for human beings’ benefit in virtually all living aspects. Nevertheless, one field that is gaining more attention in matters of automation and use of mechanized systems as against human beings is the field of air travel. Research shows that automated systems like drones have been in use for such uses as aerial photography, military operations, analysis and data collection, and exploration among other services (Manjeet, 2005). However, commercialization of technology is revolutionizing the uses into which this technology has been used in the past with prospects being exploited for commercial air flights. This forms the basis of this analysis of how willing human beings are to adopt the uncrewed aircraft for travelling and other commercial purposes. People differ in attitude matters as is psychologically influenced while deciding whether or not to board a pilotless plane. This, however, have absolute effects on the future of this technology use is concerned. Although most individuals will refuse to board the aircraft, it is still to be understood that a few will still enjoy using it, citing unique advantages. A common ground in this study, however, is that further technological advancement is needed in order to get the technology integrated into commercial civilian aviation and appreciated.

Changing times and technological advancements have an impact on barely every aspect of human life. One such technology uses remote-controlled computerised appliances and has been used when operating military drones instead of being controlled by human pilots. In the recent past, freight companies have widely appreciated and adopted the assistance of uncrewed aircraft for military operations or cargo freight. Nonetheless, the concept of making commercial airliners follow the technology and have commercial cargo handled from central stations by remote control systems has generated many responses among many individuals. While the concept is excellent and very welcome for some individuals, some others will have very distinct views and attitudes towards technology. Therefore, one would be interested in knowing if individuals would consent to board unmanned commercial air freight? What will be the people’s view of the same and the most likely outcome of this latest development in the future of the aviation industry as affected by the reactions of the people? 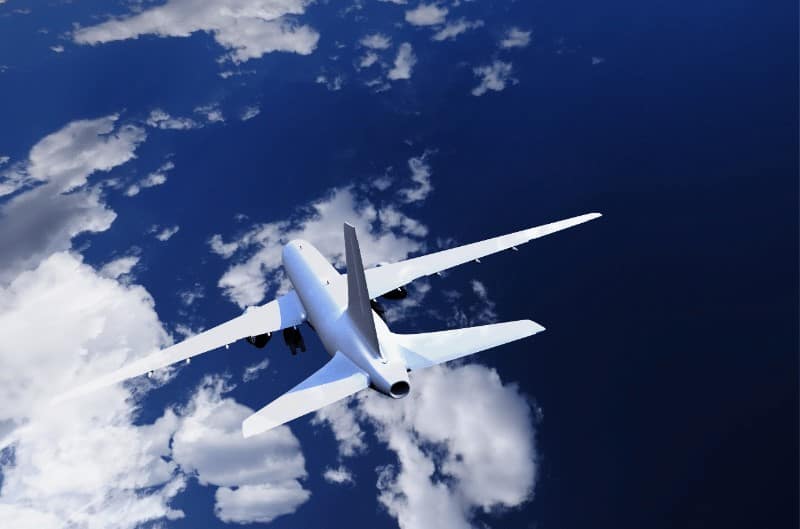 While the discussion on having uncrewed aircraft operating for commercial purposes may be heated and endless at least for the time, we must first appreciate the diverse uses in which the idea and technology have been put into in the past. For instance, the military operations have been one area in which use of the technology has been placed. Military drones represent the use of unmanned technology, and they have been in use for combat missions. Besides, drones have been used to collect information and search operations, research purposes and aerial filming, among other services. Among other benefits that have been associated in operations of pilotless aircraft has been the costs implication by having no pilots to pay and the capacity to fly over long periods, which is a limitation with human beings. Besides, the risk of losing human life in accidents and counter-attacks by enemies in military operations is minimized using remote-controlled drones. There is also the use of the unmanned crafts in exploration, such as is used in spaceships, which is being explored to transport human beings and cargo. However, this new development is relatively new in civilian freights, explaining the mixed reactions that stem from this. While similar benefits would be pointed out regarding uncrewed civilian freight operations, ethical considerations and general process, competencies would need to be considered (Johansson, 2011).

Basic arguments would be that many people would not board pilotless aircraft due to a number f reasons. First, a sober person would reason that the uncrewed aircraft’s operations would not occur within a vacuum. The procedures would deal with other aircraft and would have to settle with air traffic systems for control. The current system controls were initially designed to work around human pilots, and as such, no controller would talk to the computerized system controlling the aircraft. Human responses and judgments have been critical in the rational human-controlled design of aircraft operations. Therefore, the automated system’s perceived incompetence to react to emergencies as against how human beings would react and manoeuvre. People would thus point out lack of confidence with system response to emergencies as one main factor to hinder them from boarding a commercial freight without a pilot as illustrated: 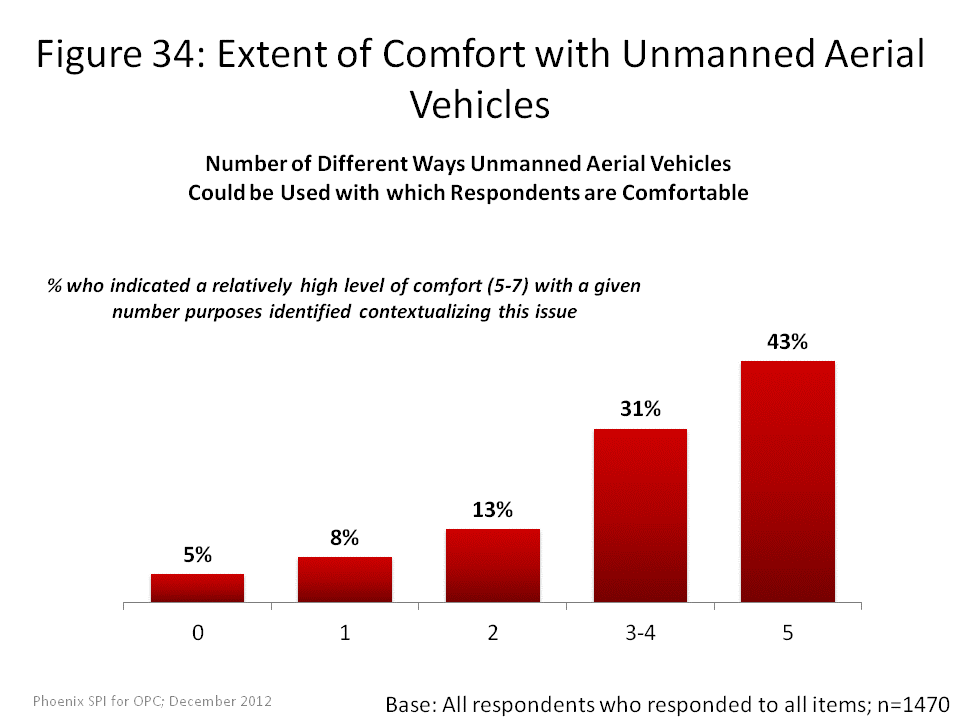 Another reason that would support people’s failure to board commercial uncrewed planes would be that pilots are often entrusted with making informed decisions to detect oncoming planes and, therefore, avoid the probable collisions. It is one of the ground rules that every pilot should be alert always and if he/she detects another craft on the way, he/she is supposed to move from its course to avoid a collision. However, according to the fears associated, a machine would fail to recognize or decide how best to prevent a possible crash, which would be detrimental to the passengers on board. Moreover, the time taken for response by a human operator outside the plane and the transmission of a signal by remote systems may be too long to have any effect in avoiding the collision. This therefore equally supports much of the fear that uncrewed aircraft are riskier to travel in than operated ones.

There is a common perception with people (although unsupported) that aircrafts operated by human beings are much safer to travel in than such other mechanically operated ones. Rationality in human psychology may have people put more confidence in human competence than technological competence. This, therefore, would explain the fear that people would have while boarding a pilotless aircraft despite the already widespread fact that the future in automation is great (Wallace, 2013). While a person may easily entrust computerized systems for commercial transactions like banking and trade, few people would have full trust in remote control systems and their lives. This is because some automated transactions can be easily rectified if an error occurs, but this would hardly be the case with an error occurring through unmanned piloting. Death is undoubtedly irreversible, and therefore, no sane person would be willing to gamble about with their own life. The fear of death and fatality in system failures would be pointed out as significant factors explaining people’s feeling that all other air operations can be entrusted to uncrewed aircraft operations but not human beings’ transport. Many people believe that a human (pilot) voice is more assured in emergencies than system auto-responses that would inform the system failure; however, the two may result in deaths or fatalities.

Reasons in Support of Uncrewed Planes For Commercial Purposes

On the other hand, those in support of the development and those who would be willing to board such a freight without a pilot would reason that computerized systems would even be safer and reliable than human beings (pilots) who would be overcome with such limitations as fatigue and lack of concentration to cause fatalities. The argument would be supported by the fact that many aircraft accidents and misfortunes are often associated with human error either in mechanical responsibilities or flying (competence) commitments. Right technology would have system defects identified on time to allow system repairs and minimize resultant effects of human weaknesses like loss of concentration. However, even those who would support the development, proper planning and effective operation systems are prerequisite to having ease of control and interaction of the uncrewed aircraft with the human-crewed planes as they share the control systems (Wilson, 2007). This forms the primary basis for futuristic thinking because, just as the pilot-operated systems were developed and infrastructures designed, there is the potential in developing the new technology and having all such support in place and therefore ensures efficiency and effectiveness in using the uncrewed planes for civilian freight (Heilman, 2013).

One already appreciates that too much automation of commercial frights has seen a reduction of human beings in the cockpit form as many as five to just two; the pilot and his/her co-pilot (Croft, 2010). Automation has also contributed to too much simplification of these people’s work. This trend makes many of us believe that uncrewed planes for commercial purposes will ultimately come about. Nevertheless, critics raise the question of when should this be and what preparation would have been done to appreciate the technology fearlessly as is the case with the human-crewed flights. Much research and investment in technology would be required before the system that would have the unmanned crafts being used commercially for passenger freights is needed, which would boost human beings’ right attitudes. However, if the technology of uncrewed planes were to be introduced currently, then bad attitudes by people would lead to significant losses by commercial freight operators through losing customers to the standard manned air travel service providers (Pasztor, 2012).

There is, therefore, an ongoing discussion on whether people would be willing to embrace the uncrewed planes and agree to travel in whereas there are still the operated ones. Human psychology would restrict many to embrace this technology because of fears and uncertainties associated with new technology. However, even with such worries, facts show that the technology may have been successful in other aspects like in military operations, filming industry, research and exploration missions, and space tours, among others. Nevertheless, uncertainty reigns among the people on how much one would entrust his/her life to a computerized remote system, which would not likely evade accidents as human beings would through the power of reason. Although technological advancement projects to the ultimate use of this technology in commercial purposes, much are required before the technology is useful. Majority of the people would demand more assurance and conviction of their safety while using this type of unmanned air travel, especially on matters about the emergency reaction, which is the main issue of controversy. The analysis, therefore, finds that the current technology is not yet ready for such great exploration, and this is shown by the unwillingness of people to use the technology.

More research should be carried in the technology to establish the most appropriate systems that can be embraced to have the unmanned systems operate harmoniously with the used systems most appreciated currently. Moreover, public awareness and campaigns on the increased efficiency and the assurance of safety while travelling through the uncrewed planes would enable most to change the perceptions and destructive attitudes towards technology.

Pros and Cons of Dropshipping